After completion of this lab, you will be able to:

In order to complete this lab, some background information on Earth-Sun relationships, Earth’s energy budget, common temperature scales, albedo, and aspect is required.

We are all aware that the quantity of sunlight varies over time and space. Over a 24-hour period, we know that sunlight is generally strongest around noon hour and nonexistent during the time of day we call night. Insolation (incoming solar radiation) can be defined as the solar radiation or sunlight that is received by the Earth’s ground surface or atmosphere. Many locations on our planet experience yearly variations in the quantity of insolation. If these variations are large enough, they contribute to the annual march of the seasons.

Read this short article about incoming solar radiation to the Earth.

Read this short article about how Earth’s tilt and surface reflectivity impact how insolation behaves as it encounters the Earth:

The angle at which solar radiation encounters the Earth’s surface is important for how that energy is distributed.

Note: We are interested in the total difference in latitude between our location and the LSP.

Note: You cannot have a sun angle greater than 90°.

When sunlight impacts the Earth’s surface at an oblique angle, the insolation is stretched over a greater area, reducing its intensity (Figure 2.3).

We can extend the ANS calculation to also look at the effect angle of incidence has on insolation intensity using the following equation:

Where ANS is the angle of the noon sun (expressed in degrees). This is a unitless value for intensity between 0 and 1, but it can be multiplied by 100 to yield a percentage of the 100% intensity currently experienced at the latitude of the subsolar point.

For the above example at 49° N on July 14, the solar intensity calculation would be:

The final picture of incoming solar radiation might look something like Figure 2.4 below, where a protractor has been used to draw a line demonstrating the incoming angle of solar radiation for July 14 at 49° N latitude.

Based on what you now know about how the Sun’s energy is distributed around the globe, it should make sense that incoming solar radiation is unequally received at the Earth’s surface. One of the easiest ways to see this is by examining average temperatures by latitude.

The three maps at the links below show global surface temperatures (displayed as colour: reds = hotter, blues = colder) at the two solstice positions and at the equinox. What do you notice about latitudinal changes in temperature as you move from the equator to the poles? You can click anywhere on the map to get a temperature reading for that location.

Temperature is a measure of the average kinetic energy of a substance. It is a way of measuring heat energy, as heat always flows from material at a high temperature to material at a lower temperature, raising the temperature of the cooler material. There are three temperature scales that are commonly used: Celsius (°C), Fahrenheit (°F), and Kelvin (K). Most of the world (including most of the scientific world) uses the Celsius scale for measurement and reporting.

The following formulas allow you to convert between these scales:

Gradient (also known as slope) gives us the rate of change for a value over a given distance. It can be useful for many environmental variables like imaging how topography changes over space (slope of the land surface) or how temperature varies vertically or horizontally through the atmosphere (temperature gradient).

Temperature changes along a gradient through the atmosphere are called lapse rates.

Lapse rates can be calculated using the following formula:

For example, let’s say you wanted to know the temperature gradient between the two temperature readings in the atmosphere shown in Figure 2.5.

In this example, the temperature gradient (or lapse rate) is calculated as follows:

Local variations in surface reflectivity—called albedo—and the direction a surface faces—its aspect—can have a major influence on that surface’s absorption and retention of solar radiation.

Albedo is measured as the percentage of radiation reflected from a surface. High albedo surfaces have a high reflectivity. Surfaces like ice are highly reflective and absorb very little incoming solar radiation. Surfaces like asphalt and concrete have a very low reflectivity and absorb significant amounts of incoming solar radiation. This difference in albedo leads to significant differences in heating. Clouds have a very high albedo.

Aspect refers to the direction a topographic slope is facing (Figure 2.7). We refer to direction based on the cardinal points of a compass. A southerly aspect means that the topographic slope is facing to the south. In the mid latitudes of the northern hemisphere, a southerly aspect means that a slope is tilted towards incoming solar radiation (based on angle of the noon sun). A northerly aspect in the same location would mean that the slope is tilted away from incoming solar radiation.

In this lab you will explore how Earth-Sun relationships generate latitudinal and seasonal differences in temperature, and the foundations for Earth’s radiation budget. You will use several online maps and interactive websites to complete this exercise.

Use this interactive diagram to answer questions 3 and 4. Note this interactive is simplified to only communicate changes in radiation based on Sun angle and does not include the influence of the atmosphere on incoming solar radiation. 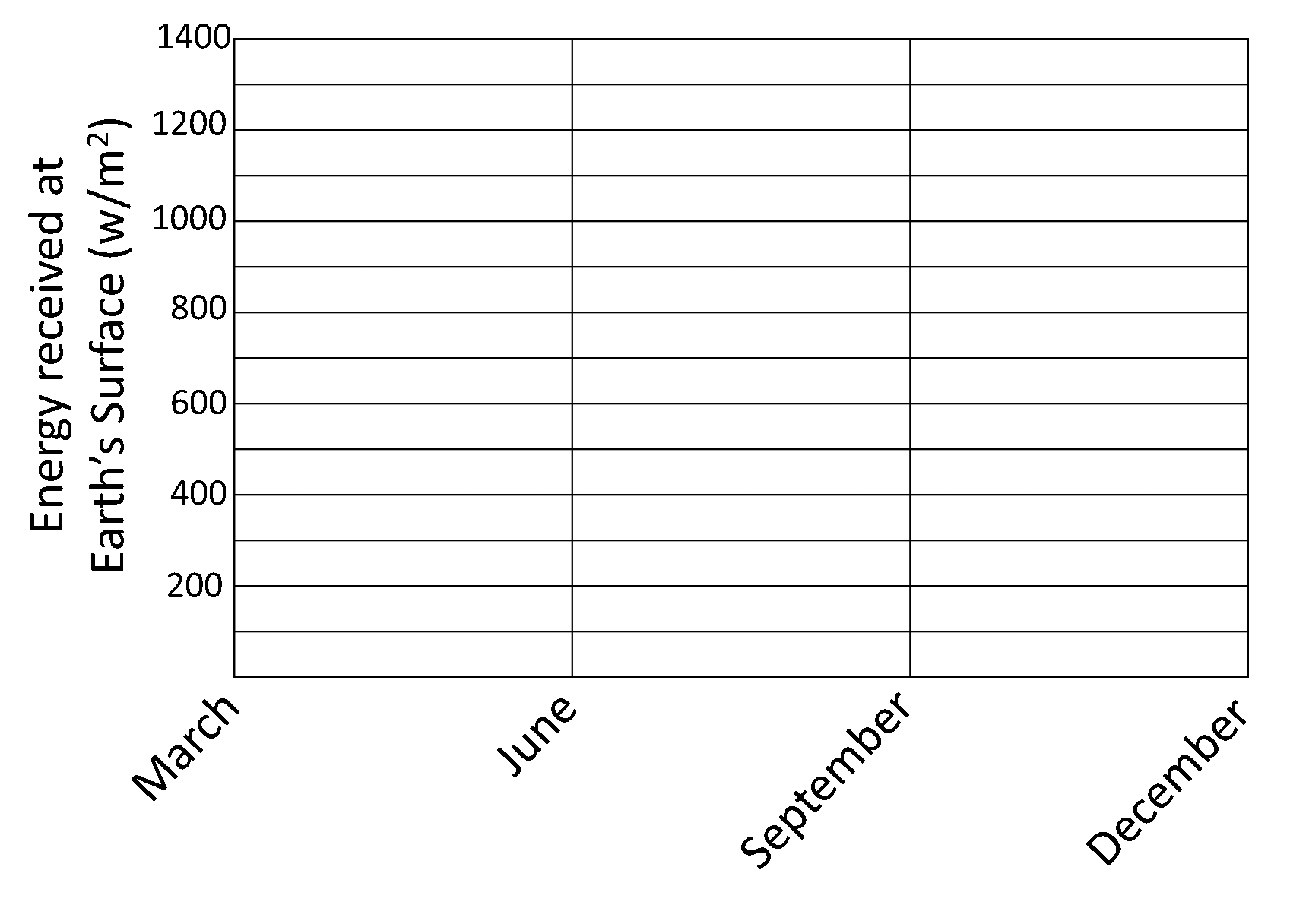 Use the analemma (Figure 2.1) to answer the following questions:

The latitude at which the Sun is directly overhead may be helpful in understanding overall Sun patterns, but let’s say you want to set up a solar panel at your house. You need to know the sun angle for your location on a specific date so that you can setup your solar panel for optimal effectiveness.

Complete the following calculations for angle of the noon sun and relative solar intensity. 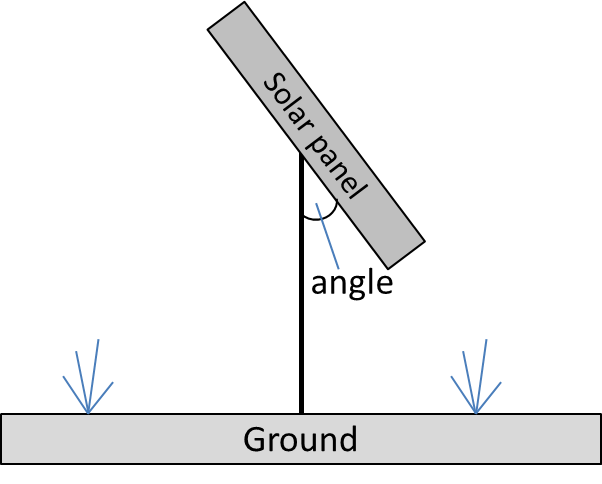 This website displays temperature data collected by a satellite looking through the atmosphere from above. It calculates the temperature from the reflective surface in the image.

a. Is the temperature at the top of the cloud higher or lower than the land and water surfaces?

b. What does this tell you about how energy radiated from the Earth’s surface is affected as it interacts with clouds in the atmosphere on its way out to space?

On April 10, 1912 the steamship Titanic left Southampton England on its maiden voyage across the Atlantic Ocean to New York. By the evening of April 15, the Titanic was sinking in the middle of the Atlantic Ocean, after striking an iceberg. The Titanic sank in the cold waters of the northern Atlantic.

The Titanic sailed in April, between the extreme conditions of summer and winter. Consult the global isotherm maps below for an example of January and July temperatures:

The maps at the links below show temperature (displayed as colour: reds = hotter, blues = colder). You can click anywhere on the map to get a temperature reading for that location.

a. Identify one area on the map where this occurs (use your knowledge of place names or use an atlas/Google Earth to determine the name of the location you identified).

b. What physical geography conditions explain why the isotherms follow this pattern in the place you identified?

a. Describe one area of the world that exhibits a large annual temperature range.

b. What physical geography conditions explain the large annual temperature range for the place you identified?

The atmospheric conditions on the night of April 15, 1912 were clear (no cloud cover).

The last emergency communication from the Titanic before it sank gave its position at the following coordinates: 41˚ 46’ N, 50˚ 14’ W. Go back to the satellite image.

Several distress rockets were fired into the air to alert nearby ships of the Titanic’s position and to aid in the rescue effort.

Take a look at the glaciers that cover Mount Rainier, a stratovolcano in Washington, USA.

Use this image to answer the questions below:

a. Do you think aspect has a role in controlling the distribution and size of glaciers around the central peak of Mount Rainier? Explain your answer.

b. Choose 3 different glaciers from different locations around the main peak. Compare their aspect and relative size.

b. As the glacier melts further back, more sediment and bare rock is revealed. Do you think this negatively or positively reinforces the melt rate of the glacier? Explain your answer. 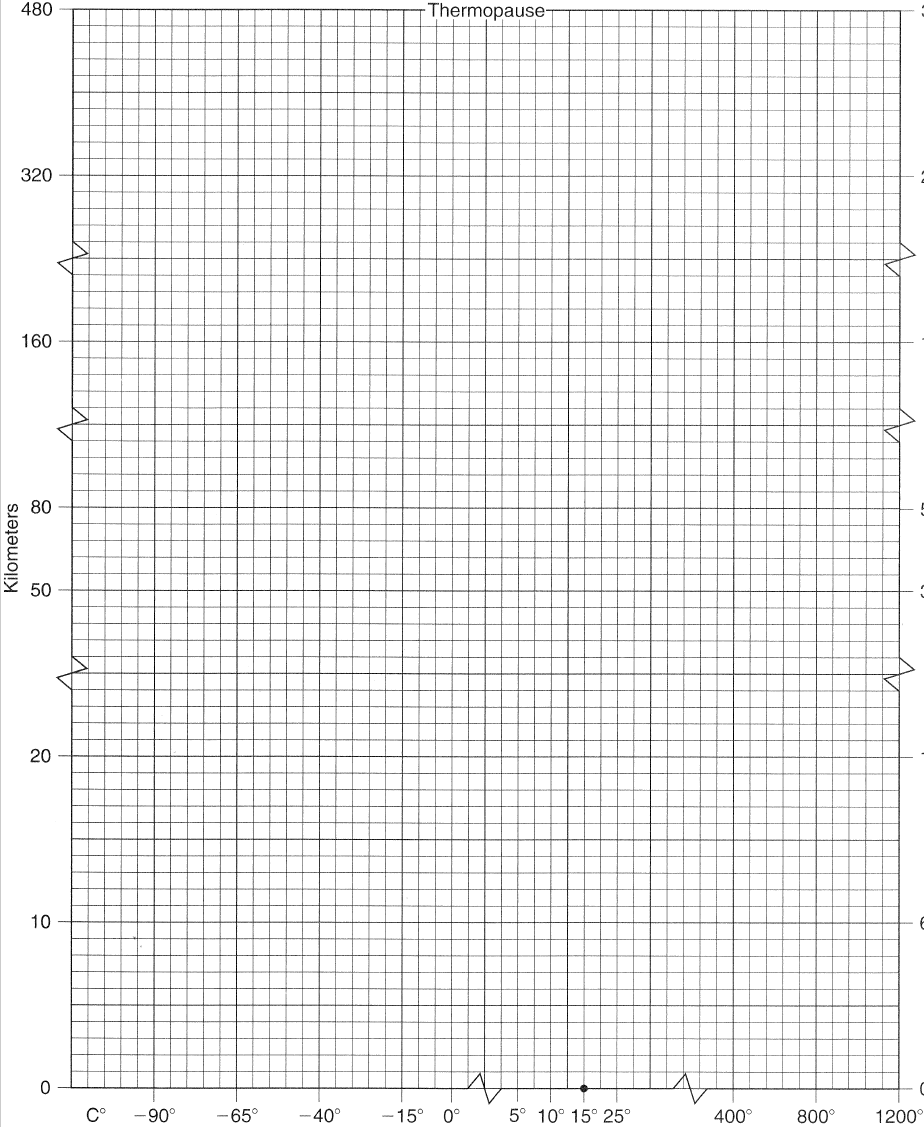 Sisson, T. No Date. Glaciers of Mount Rainier overlaid on a base map LiDAR image. [computer graphic], Retrieved from:  https://www.usgs.gov/media/images/glaciers-mount-rainier-overlaid-a-base-map-lidar-image-which