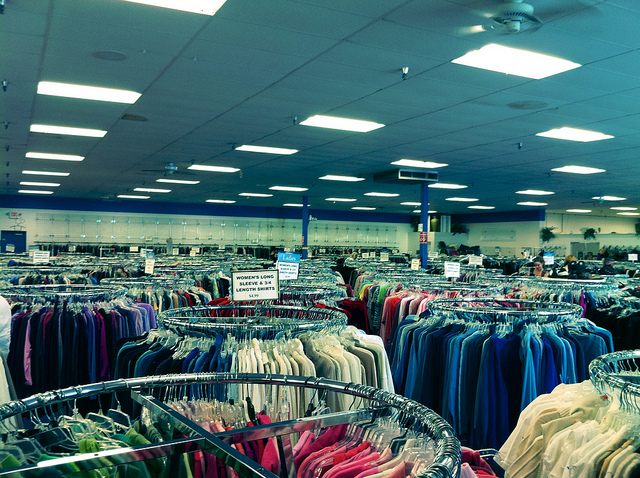 While it might be easy to see the negative effects on the environment from car emissions or the waste we produce, fewer people think about the effects of discarded clothes on the environment. Many donate out-of-date garments to a thrift store for resale, but few think about what happens to those things that can’t be resold or the articles that are beyond use. However, the apparel industry uses more water than any industry after agriculture. At least 8,000 chemicals are used to turn raw materials into textiles, and 25% of the world’s pesticides are used to grow nonorganic cotton. To run a successful business, profits and revenue are a necessary part of the equation, but in addition to fiscal responsibility, what degree of social and environmental responsibility are companies accountable for? These are questions that a small outdoor and urban clothing company in Portland, Oregon, contemplates every day. This company has committed itself to doing good through its business practices.

A relatively young company, Nau (pronounced “now”) was founded on the idea of using business as a vehicle for change, but its path has not been easy. Nau was established in 2005 by a group of like-minded individuals from Pacific Northwest clothing companies such as Patagonia, Nike, and Marmot. Their goal was to create outdoor urban apparel constructed from sustainable materials and processes, with the entire life cycle of the product in mind. This includes taking into account the cultivation of textiles all the way through to end-of-life disposal. After 3 years of aggressive growth and expansion, Nau declared bankruptcy in the spring of 2008 when they could not secure further funding. But only a few short months later, Nau reopened as a subsidiary of outdoor clothing company Toad & Co., headquartered in Santa Barbara, California. Although Nau is part of a larger company, it has been able to create a balance between the ideals of a small, independent, entrepreneurial business while being a successful part of a larger company.

The power structure that Nau shares with Toad & Co. is decentralized; logistically, the companies share a human resources department, IT, warehousing space, and finances, but Nau maintains its product independence and business strategy. From the time of its inception, Nau created a network of close relationships with its overseas manufacturers, which allowed the company the power and ability to closely control its production process. During the transition, Nau desired to maintain these relationships and so had to explain the arduous process of bankruptcy to its overseas vendors and attempt to explain transferring debt and liabilities from one company to another company. Although the people and faces were the same, they were no longer connected with that debt. Nau’s small size enables it to effectively control its supply chain and to determine everything from which farm its raw materials come from to how and where textiles are produced. For Nau, responsibility does not end with the consumer’s purchase. Other changes include the number of employees at Nau, which prior to the bankruptcy was 65. In 2010, this number is down to 15 employees. While several of the individuals who took part in the founding of the company are still there, change was not embraced by others who felt that becoming part of a larger company would make it difficult to maintain the original core values and beliefs.

So far, these changes have been good for the company and good for business. Nau was acquired at the beginning of an economic downturn, and for a company that is dependent on consumer discretionary spending, this might have been a recipe for failure. But business is picking up for Nau, and it has been able to continue its Partners for Change program, in which Nau donates 2% of each sale to one of its partner organizations, such as Mercy Corps, Kiva, or Ecotrust, together working to create positive economic and social change.