The Roman world is very different from the one which we inhabit and thus, we should try not to impose our understandings of sexuality or the terms we use onto the ancients as we try to understand sexuality in antiquity. For example, in Latin, there is no equivalent for the terms, ‘homosexual,’ ‘bisexual,’ or ‘heterosexual.’

To a Roman, sexual activity took place between a ‘penetrator’ and a ‘penetrated’ and in an ideal situation, sexual roles and activity were supposed to reflect ones social status and gender. The ‘active’ role was to be played by someone with social and political power over the one who played the ‘passive’ role. For a Roman citizen man, there was no stigma attached with being sexually attracted to a man or to a woman. There was, however, stigma directed towards men who took pleasure in playing the passive role in sexual activities. Thus, a Roman citizen man who enjoyed playing the passive role faced stigma by Roman society. These men were referred to as  (singular pathicus). For more on the pathicus, see the section on pathici.

The following passage includes references to activities where the consent for sexual interactions are dubious at best due to the nature of sex work and the age of the individuals involved. Pederasty, or the sexual relationship between an adult male and a younger male (who were underage by modern definition and also often enslaved), did take place in Rome.

Issues also arose when situations grew to be considered ‘excessive’ by Roman standards. What was upsetting about the situation in the passage below was not sexual desire between men but the excess.

For some of them had abandoned themselves to love affairs with boys and others to the society of escorts, and many to musical entertainments and banquets, and the extravagance they involve, having in the course of the war with Perseus[1] been speedily infected by the Greek lack of boundaries[2] in these respects. So great in fact was the lack of restraint among the young men in such matters, that many paid a talent for a male favourite and many three hundred drachmas for a jar of fish eggs. This aroused the indignation of , who said once in a public speech that it was the surest sign of deterioration in the republic when pretty boys fetch more than fields, and jars of fish eggs more than ploughmen. 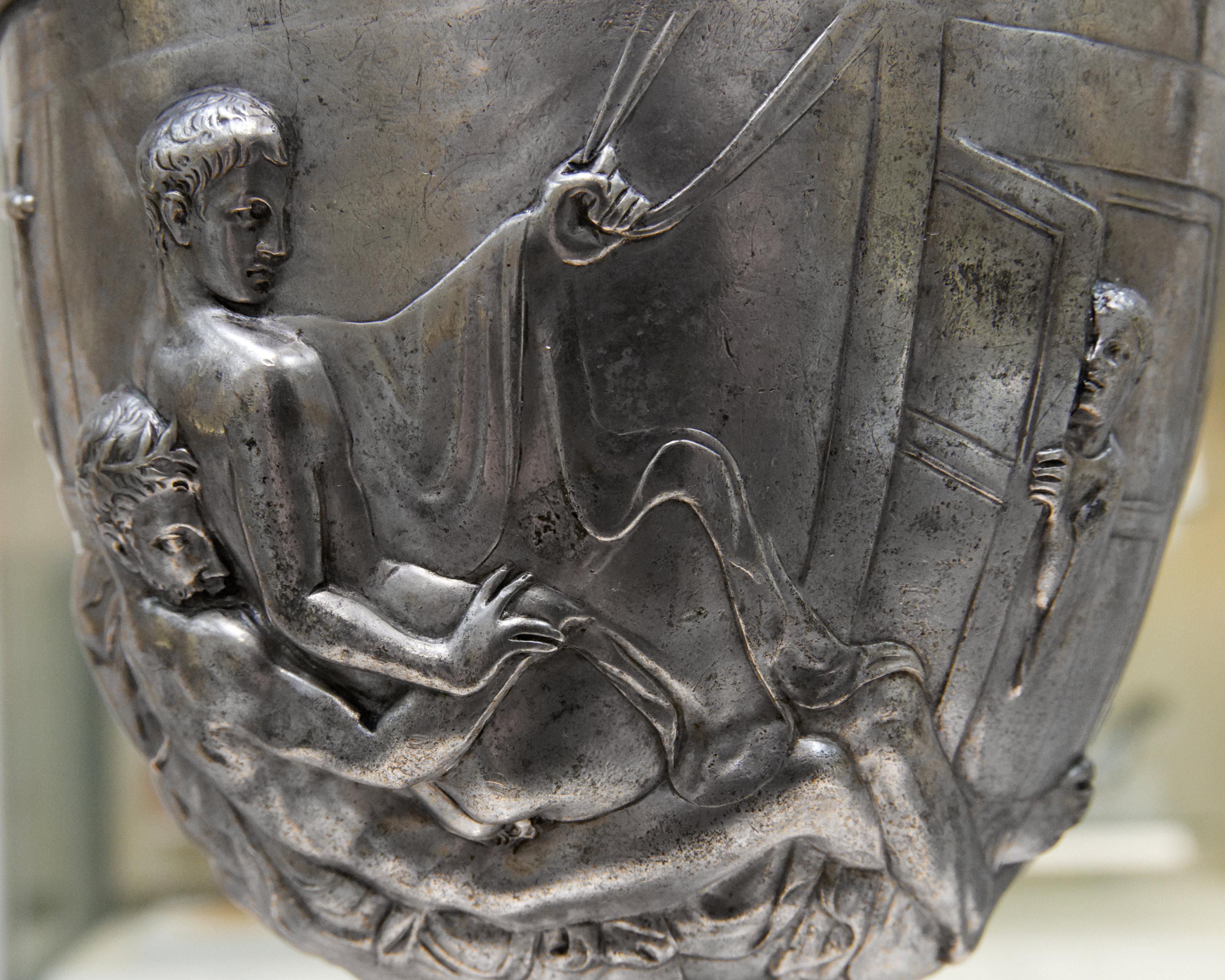 What the Romans found uncomfortable with individuals they labeled as cinnaedi was not their preference in sexual partners but their lack of self-control in their excessive sexual activity and their lack of interest in conforming with the Roman ideals of masculinity.

The passages below, while not originally meant to be homophobic, can feel as such to the modern reader. The misogyny, however, is as present then as it is now.

“Whenever a cinaedus is kept he taints the household. Folks let these people eat and drink with them, and merely have the vessels washed, not smashed to pieces as they should be when such lips have touched them. So even the ‘s establishment is better ordered than yours, for he separates the vile from the decent, and sequesters even from their fellow-retiarii [4] the wearers of the ill-famed tunic[5] in the training-school, and even in prison, such creatures herd apart; but your wife condemns you to drink out of the same cup as these gentry, with whom the poorest pleb[6] would refuse to sip the finest wine. Women them consult about marriage and divorce, with their society do they relieve boredom or business, from them do they learn lascivious moves and whatever else the teacher knows. But beware! that teacher is not always what he seems: true, he darkens his eyes and dresses like a woman, but adultery is his design. Mistrust him the more for his show of effeminacy; he is a brave man in the sheets; there Triphallus[7] drops the mask of Thais[8][9]. Who are you fooling? Not me! Play this farce to those who cannot see through the mask. I bet you are every inch a man; do you admit it, or must we wring the truth out of the female slaves[10]?”

This nicely suits the disgusting cinaedi, Mamurra[11] and pathicus [Julius] Caesar. It’s no wonder: they have similar stains —the one from the City[12], the other, Formian [13]—which stay deep-marked and can not be washed off. Diseased twins, both learned, both in one bed, equally voracious adulterers, allied rivals of girls. This nicely suits the disgusting cinaedi.

I did not call you, Coracinus, a cinaedus; I am not so rash nor bold, nor am I a person to utter lies willingly. If I did call you a cinaedus, Coracinus, may I find the bottle of Pontia and the goblet of Metilus [14] hostile to me; I swear to you by the Syrian swellings and Phrygian madness[15]. What have I said? It was light and silly: but you yourself will not deny this well known fact: , I said, Coracinus, that you go down on women[16].

Plural: pathici. Pathicus is a Latin term (which supposedly comes from an unrecorded Greek term) for a man who enjoys and seeks out being the passive partner during sexual encounters. Usually, this meant being the receptive partner during anal sex. The word was often used derogatorily by Roman politicians to discredit their opponents. It was used in this way because the Romans believed that penetrated partners in sexual relationships were weaker and lesser compared to the ideal Roman man, who was supposed to always be the penetrator. The Roman State barred pathici from bringing cases into court on behalf of others. These men may have associated with each other in large networks, forming their own subcultures in Rome.

Marcus Porcius Cato was a legendarily stern and moral politician, who positioned himself as a defender of traditional Roman values, despite being a New Man/Novus Homo, and the first in his family to hold office. He was Consul in 195 BCE and Censor in 184 BCE, when he expelled many from the Senate for immoral conduct. He hated Carthage and consistently called for its complete destruction in the Senate. He also wrote a farming manual which expressed such harshness to slaves that even later Romans thought him extreme. He is often brought up as an example of traditional, proper Romanness by other authors.

Plural lanistae. a gladiatorial trainer/manager. Thought to be a word of Etruscan origin. Like gladiators and other entertainers, they were considered infamis.

UnRoman Romans by Siobhán McElduff is licensed under a Creative Commons Attribution-NonCommercial-ShareAlike 4.0 International License, except where otherwise noted.