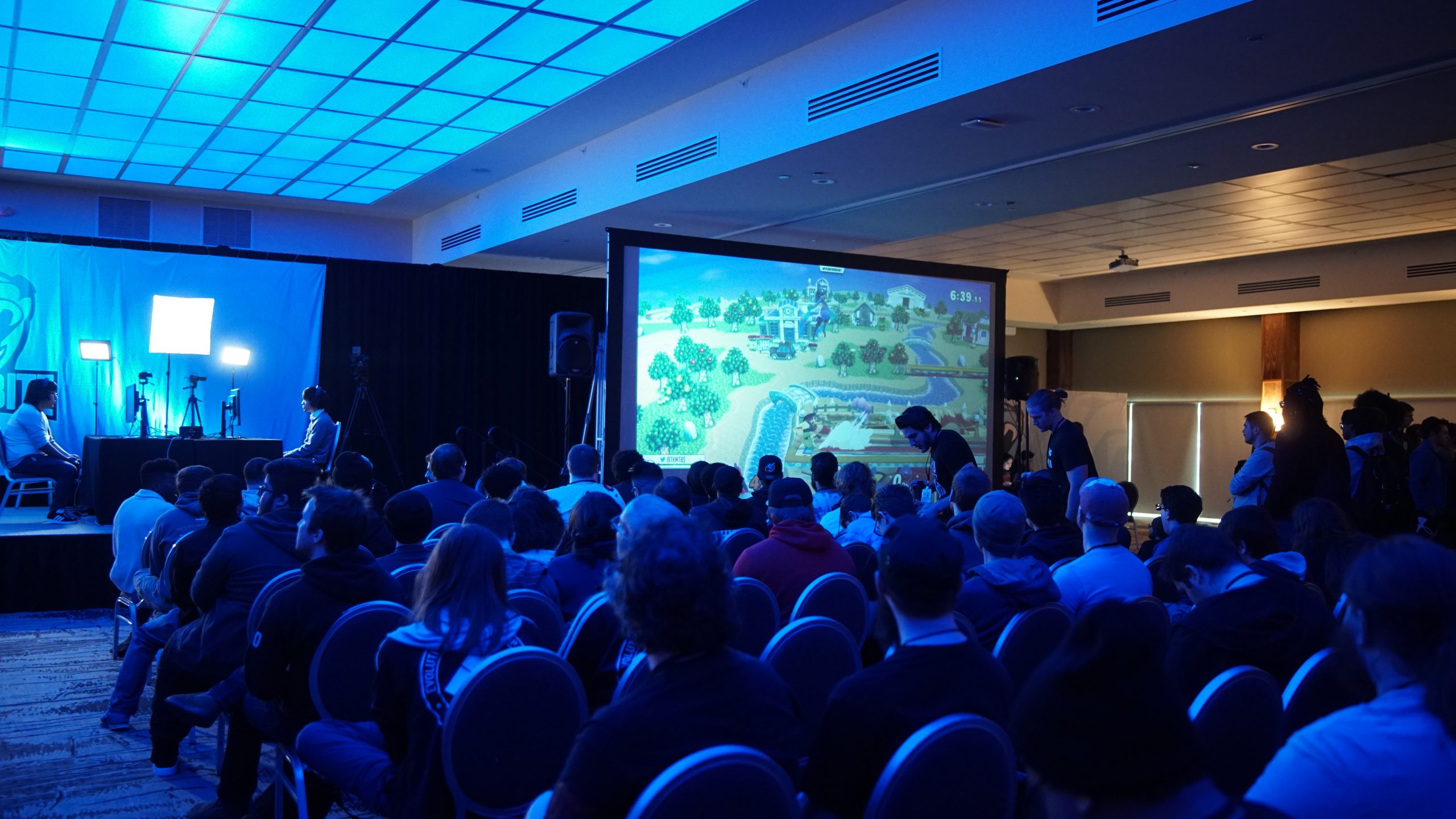 When we created the original proposal for the Adaptation Learning Network project, we knew from our decades of experience that capacity-building requires more than just courses and competencies. Research has shown for decades that up to 80% of workplace learning happens outside the classroom.

We also knew that climate change affects people and the planet at a system level. Developing a specific climate adaptation like implementing nature-based solutions to minimize erosion from storm surges and sea-level rise or a prescribed burn strategy for wildfires, can create unexpected or undesirable consequences in other parts of an ecosystem or community.

That means that all of us working in climate adaptation would need to learn to bring a systems lens to our jobs. We would have to open up the way we work and learn from others who may have different expertise and experiences, and we would need to change the way we collaborate across sectors, disciplines and cultures.

So our team decided to make the third pillar of the Adaptation Learning Network (ALN) project a “professional learning network”.

In simple terms, we wanted to create opportunities for social and informal learning for everyone working or interested in climate adaptation.

When we originally developed the project proposal, we worked closely with half a dozen professional associations in the climate adaptation space, along with dozens of experts in related fields like disaster and risk reduction. That gave us a great foundation to start with when we initiated the project in early 2019, as we could connect to thousands of climate adaptation professionals through these experts. 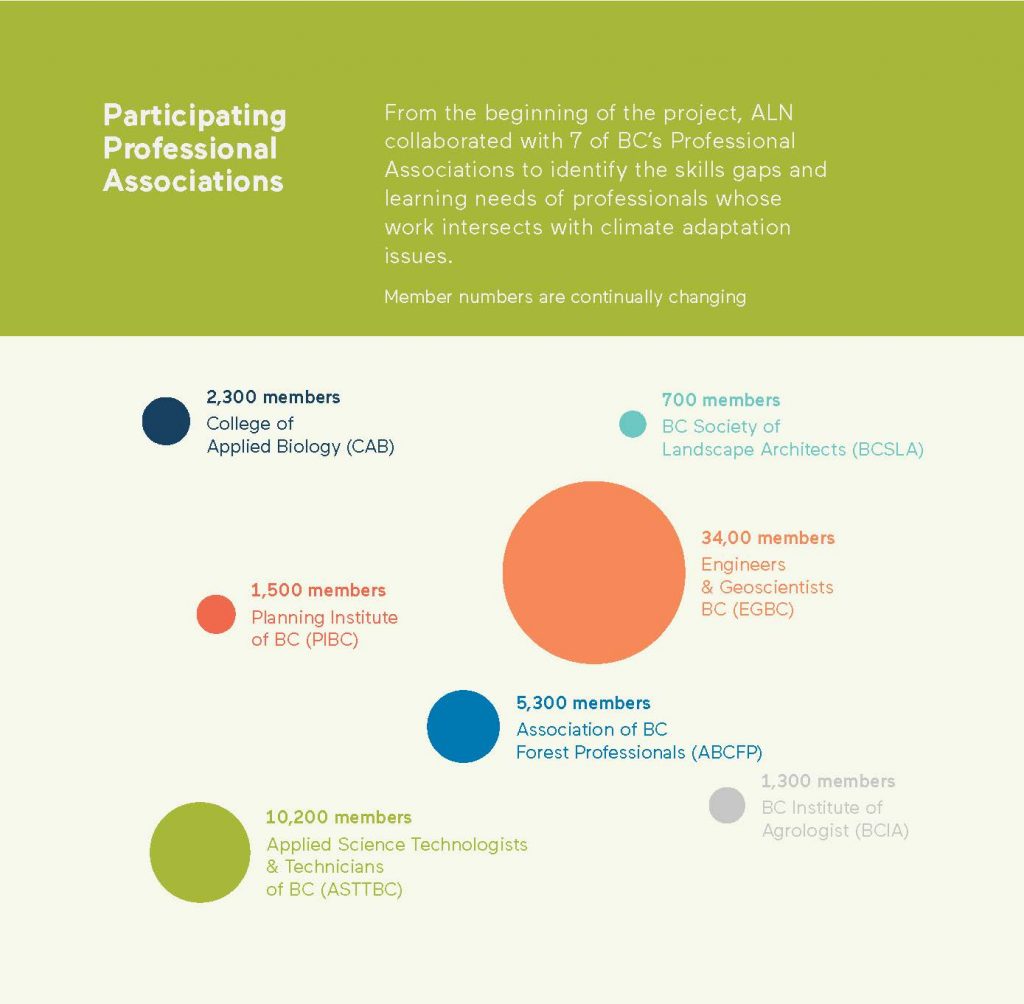 Our initial plan was to focus on knowledge exchange at in-person events, as we believed an in-person approach would maximize impact and innovation.

At first, things went pretty well. We hosted workshops at events like Adaptation2020 and gave presentations at several international conferences on climate adaptation, as part of our initial discovery work. We also started to build internal capacity to produce a digital newsletter and published our first edition in July 2019 to an audience of 250 subscribers. 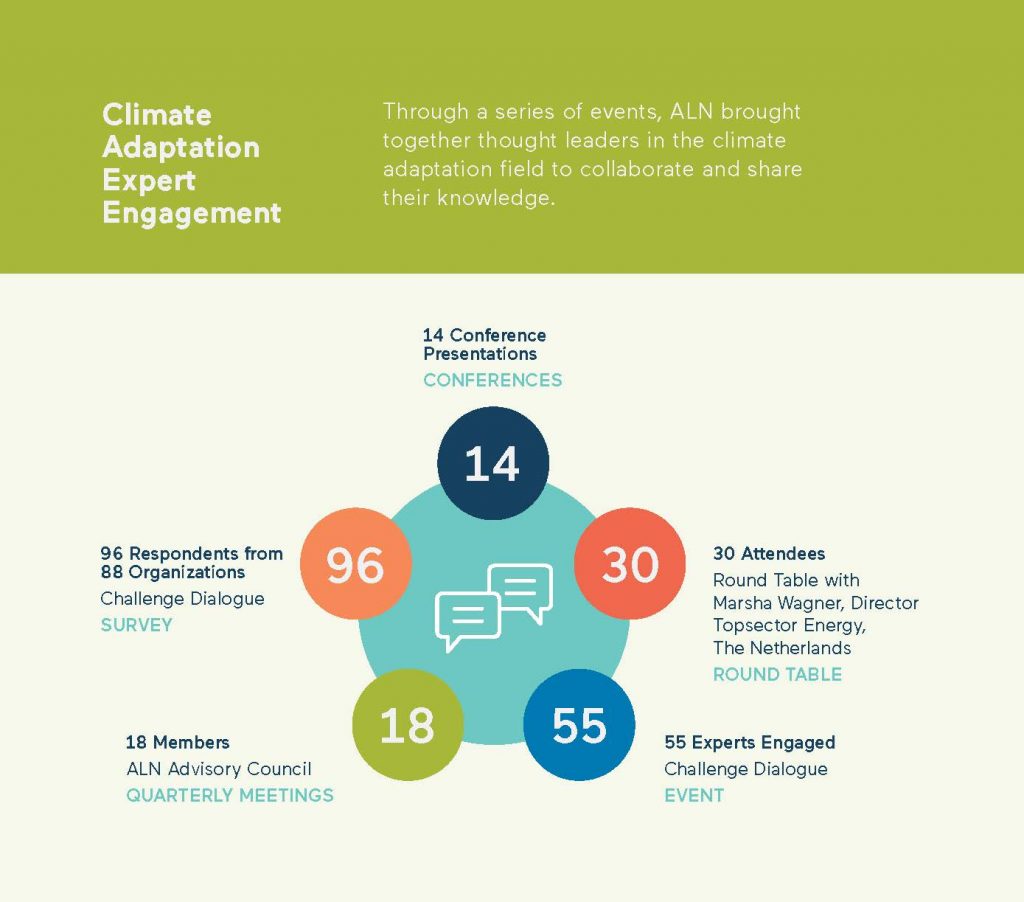 We launched the Adaptation Learning Network website in October 2019, hosted by weADAPT,  to serve as the primary communications, knowledge management and networking platform for the Project. 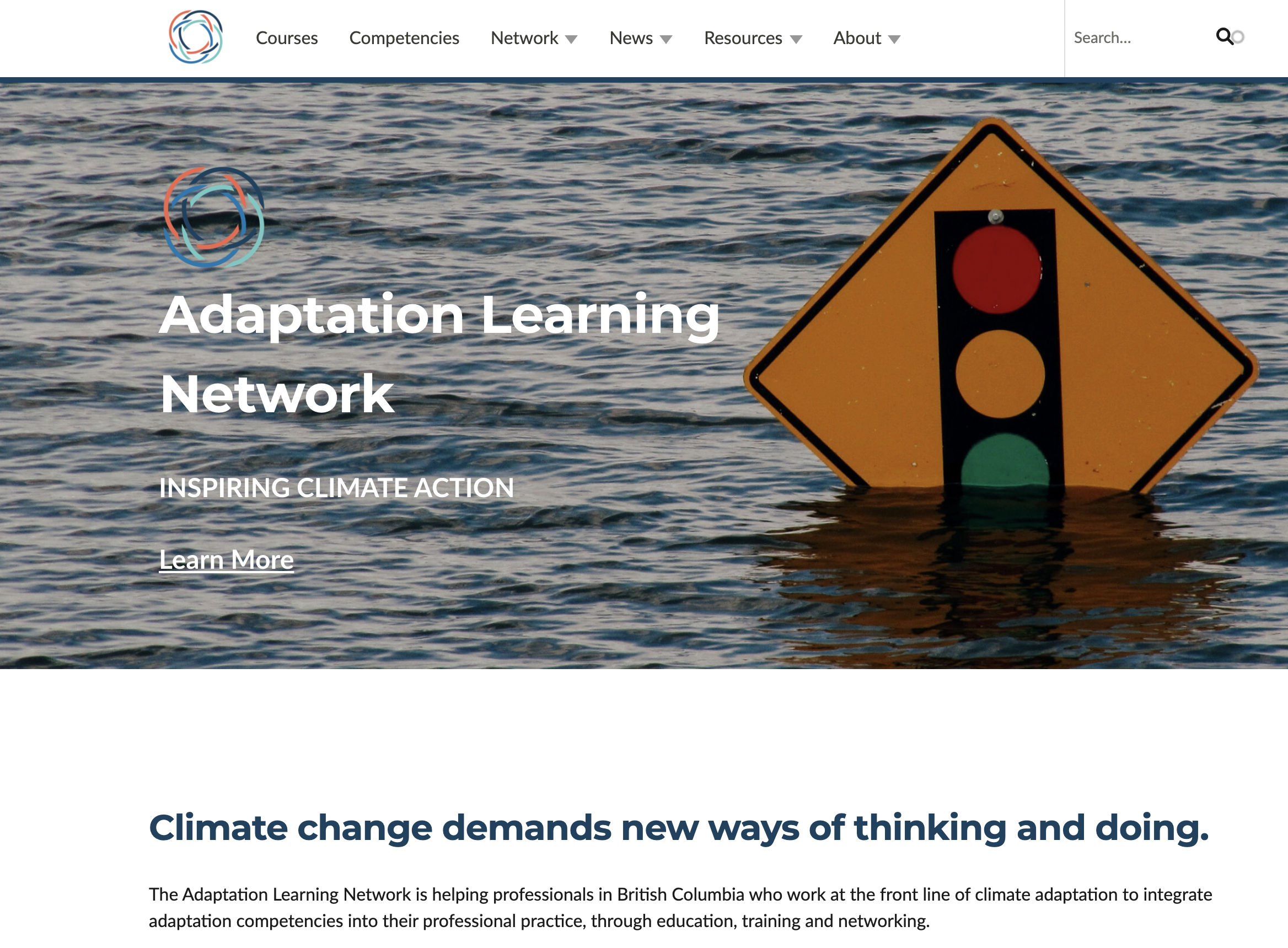 The ALN website provided climate adaptation resources and news, course offerings, and reports developed through the ALN project. Our plan was to use the website to help market all of the courses we were developing with our university partners.

We even produced a few podcast episodes, based on interviews we recorded at some of the events we attended.

By the end of the first year, we were starting to get brand recognition in the climate adaptation community for our work, and our subscriber base was growing. 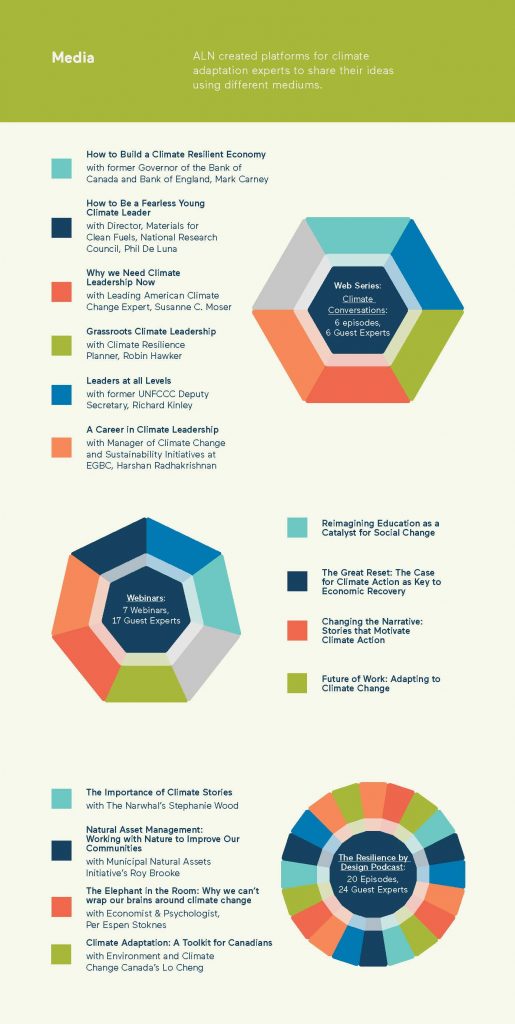 Then, in March 2020, COVID changed everything. Recognizing that we’d have to pivot, we moved everything online and started to create an engagement strategy to build our professional learning network via social media, one post at a time.

But developing an effective social media program takes a lot of time and resources, neither of which were in our original budget. Fortunately, we were able to adjust our plans, and add Brigit Forssman to our team as a full-time digital marketing and engagement coordinator.

Over the next few months, Brigit jumped into the deep end of the social media shark tank, building a presence for us on platforms like Twitter and LinkedIn, setting up editorial calendars to guide newsletter and podcast production, and clarifying our brand and marketing strategies. 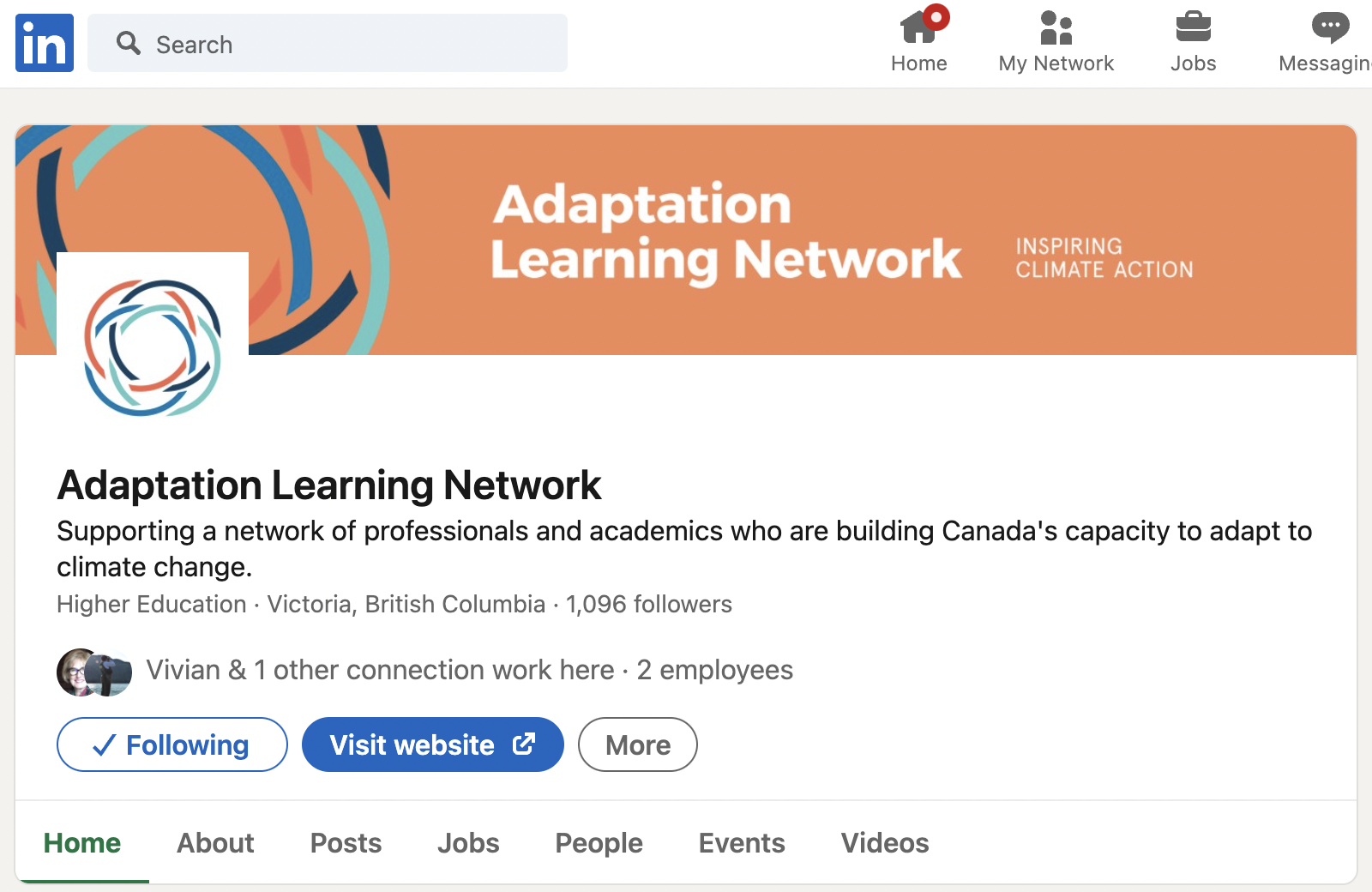 Despite the challenges of getting people to pay attention when the pandemic created so many distractions, Brigit found ways to grow engagement with the network. In particular, our newsletter became very popular, with open rates of around 30 %, which are much higher than average. 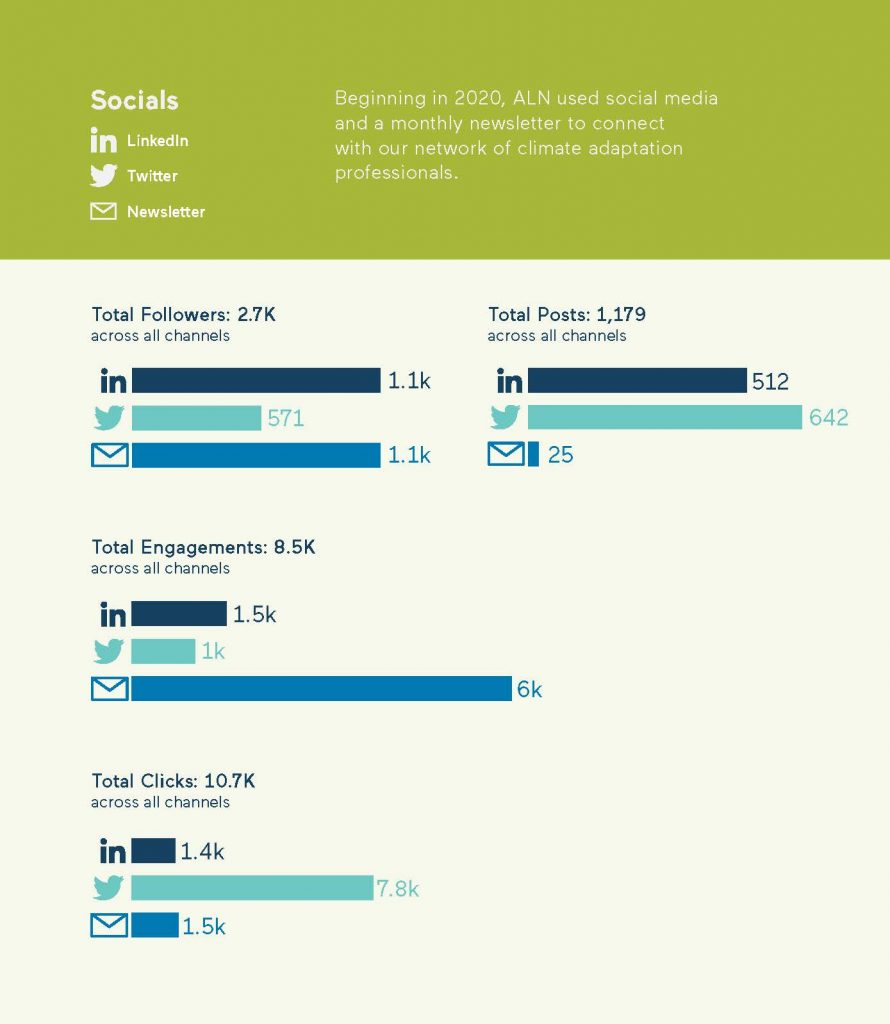 In an effort to reach beyond social media into the mainstream and grow our audience, we also created a strategic partnership with an independent media outlet based in British Columbia called The Narwhal. By making a small financial contribution to their operations, we were able to support their team to research and publish some exceptional stories about the need for and challenges of climate adaptation capacity-building.

But when we prepared to launch our first courses in the Fall of 2020, we realized that we would have to pivot again.  We couldn’t just use our digital channels to share knowledge and resources. We would also have to accelerate the use of digital channels to market the courses. And as anyone who’s done this work knows, it wouldn’t be enough to simply provide details about course dates and prices. We’d have to tell people a compelling story about how participating in our courses would make their life better in the future. Again, this would take time, skills and resources we hadn’t budgeted for.

Fortunately, Brigit was up to the task and spent the next few months developing a strategy and tactics for ongoing marketing for the courses. This included building a tiny team of grad students to record interviews with faculty who’d be teaching the courses, as well as experts from the climate adaptation community who spoke about the critical need for professionals to invest in developing new climate adaptation skills and knowledge. Brigit and her team also used a content calendar to create themed content in the monthly newsletter and they developed podcasts that would support the launch of specific courses, such as Natural Asset Management.

One of the most popular webinars we produced was the launch of the Climate Adaptation Competency Framework in April 2021. People joined us from across the globe to learn about the new framework, and share their experiences – along with their needs and wishes for how the framework might be used. The event was such a hit that we maxed out our Zoom capacity and had to run a second session for those who missed it.

Though developing a digital community was not our original intent, in hindsight, we believe it extended our reach and impact significantly.

By the time the ALN project wrapped up in March 2022, we were reaching nearly 3000 people a month through LinkedIn, Twitter and the monthly newsletter.

We also developed a strong, recognizable brand that raised awareness of not only the ALN project but also the concept of climate adaptation as a critical component of climate action.

So what did we learn during those three years? First, it became painfully clear that the development of a professional learning network is an ongoing operation that requires persistent communications strategy and tactics, as well as multiple digital literacies and skillsets.

We were also reminded that, on big projects like this, it’s critically important to stay focused on your core goals and try to prevent scope creep, something we didn’t always do well.

We also came to realize that our professional learning network was critically important in marketing the ALN courses, assuring registration in our ALN courses and becoming a web-enabled venture with “order fulfilment” services on behalf of our multiple clients, the 6 universities for whom we provided climate adaptation course marketing services.

Finally, our engagement metrics revealed that LinkedIn was the primary social media communications channel for this community of working professionals. By shifting our resources away from channels like Facebook and Instagram and focusing there, we were able to create lasting connections with experts across this domain.

As of March 2022, we had built a significant following, as well as a powerful online repository of resources. The big question then became – what would happen to this professional learning network?

At the time of publication of this report (Late March 2022), we remain uncertain, though we are in discussions with some of our collaborators to explore opportunities to continue this work. And we’re hopeful this will happen – because we know that the need to build capacity for climate adaptation is only going to increase in the coming years.