We have developed a qualitative understanding that increasing the time over which an object changes velocity will reduce the size of the force applied to the object. We can extend what we learned to the design of injury prevention technology in a quantitative way using the impulse-momentum relationship:

The left hand side of the previous equation is known as the impulse. We can see during a typical collision, the impulse required is determined by the mass (m) and change in velocity (vf-vi). Stopping a larger mass will require a larger impulse, as will causing a greater change to the velocity of any mass. We also see that for a specific mass and change in velocity in a particular situation, the overall impulse will be pre-determined so the average force must go down when the impact time goes up.

Check out this video of crash-testing with and without airbags.

During a car crash the driver’s head starts out having the same velocity as the car to having zero velocity. That can happen on impact with the steering wheel or dashboard, or preferably an airbag. The change in velocity that occurs is set by the initial driving speed and the mass of the head doesn’t change during the collision, so according to the previous equation, the impulse experienced by the head is known.  When a person’s head is stopped by the steering wheel the impulse occurs over a short time and the force is large. When the head is stopped by the airbag  the impulse occurs over a longer time and the force is reduced.

A crash test dummy with a 5 kg head mass is sitting in a car moving at  60 mph (27 m/s), which is stopped by a slammed into a concrete wall during a crash test.

What is the impulse on the dummy’s head?

If the head instead hits an airbag and comes to rest over 0.2 s, what is the average force applied?

How many times larger is the force applied when there is no airbag?

Check out this simulation of a lunar lander, which allows you to experience hard and soft landings and how changes in momentum are related to forces applied over time intervals. 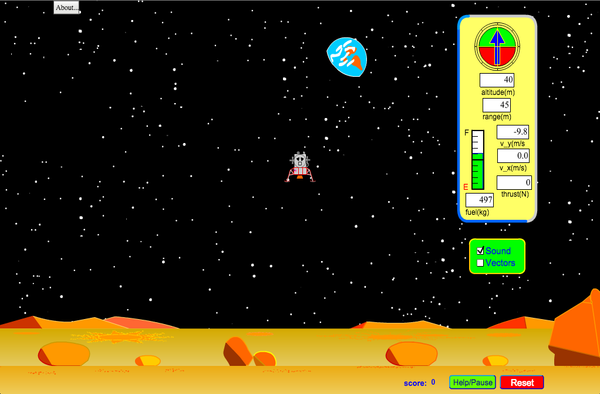 Toyota has applied the concepts in this chapter to the development of Active Headrests to reduce whiplash injury.

Understanding that they cannot control the change in momentum and associated impulse felt by a person during a collision, car manufactures have created seats that reduce the force they can apply to the body without compressing. The time required to compress the seat increases the time it takes the body to change velocity, which reduces the force on the body.  More importantly, the compressing seat reduces the distance between the body and the head-rest during a rear-end collision and provides more time over which the headrest can move the head to keep up with the body. Toyota has taken the concept a step further and installed a mechanical linkage between the seat back and the headrest so that the compression causes the headrest to move forward, further increasing its effectiveness.