A dead-end switch refers to a wiring technique used to save wire when a lighting outlet is located between a source of supply and the switch location.

Electrically the circuit is identical to a standard SPST switch circuit. The only difference is in the locations of the wires installed relative to the switches and lighting outlet. 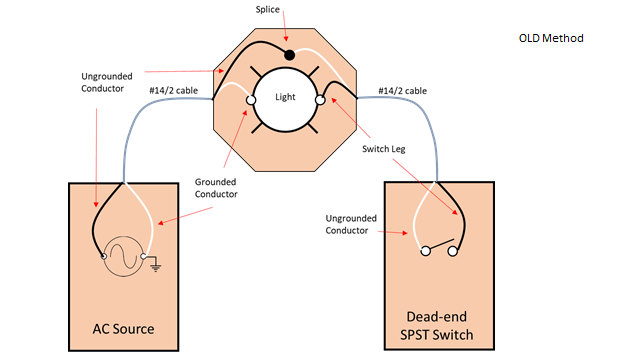 This wiring method does not take into consideration that new Code rules require an identified conductor to be available at every switching location and will no longer be acceptable in new installations. However, workers should be aware of this style of switching as it is still found in many existing buildings. 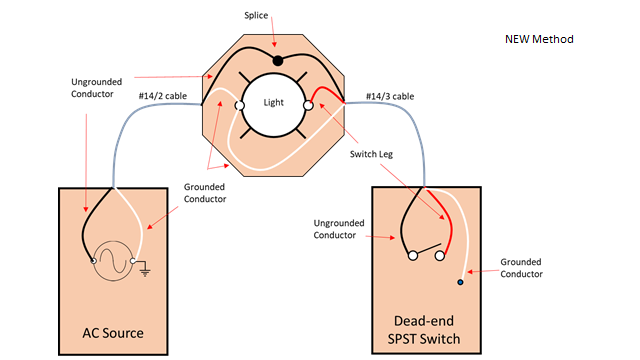