This switch connects a single-line conductor to either of two possible switch legs. A common household example of this is in a three-way switch loop, which allows control of a single load (usually a light) from two different locations. When used this way they must be installed in pairs. The switch has three-wire connection terminals; a common terminal, who is coloured differently, and two “traveller” terminals, which are the same colour. If unsure which terminals are which, a simple ohmmeter continuity test can confirm which terminal is the common one. 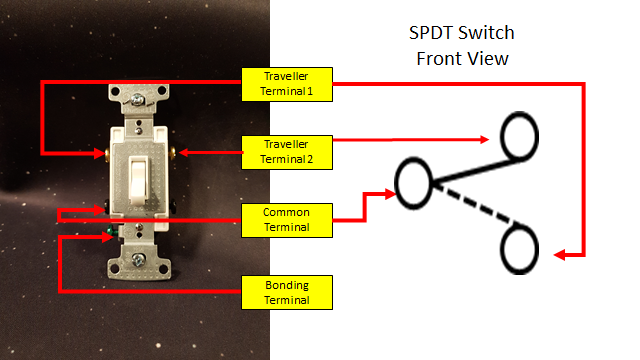 When the external handle is operated the internal switching mechanism disconnects the common terminal from one traveller terminal to the other. It is for this reason that three-way switches do not have a marked “on” or “off” position, and so cannot be installed “upside-down”. Phew. 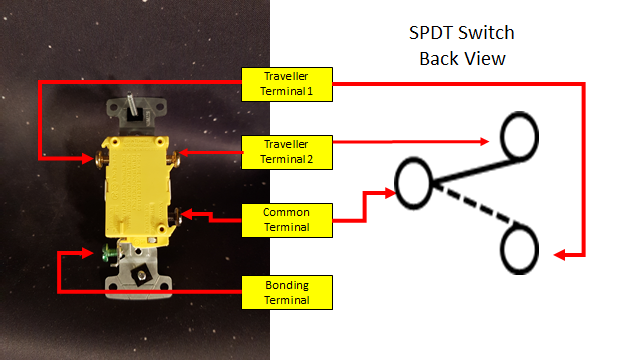 Three and four-way switches are never to be used as disconnection means.  If electric loads that are controlled in this manner need to be serviced, power must be safely disconnected at the source.  Always observe proper lock-out techniques when working on electrical circuits.