Dimmer switches provide users with the ability to vary the illumination levels in a room by changing the characteristics of the voltage that the lamp receives. Dimmer switches can come with either single-pole single-throw or single-pole double-throw styles. The dimmer switch can have a rotary knob or a sliding liner tab to control brightness. 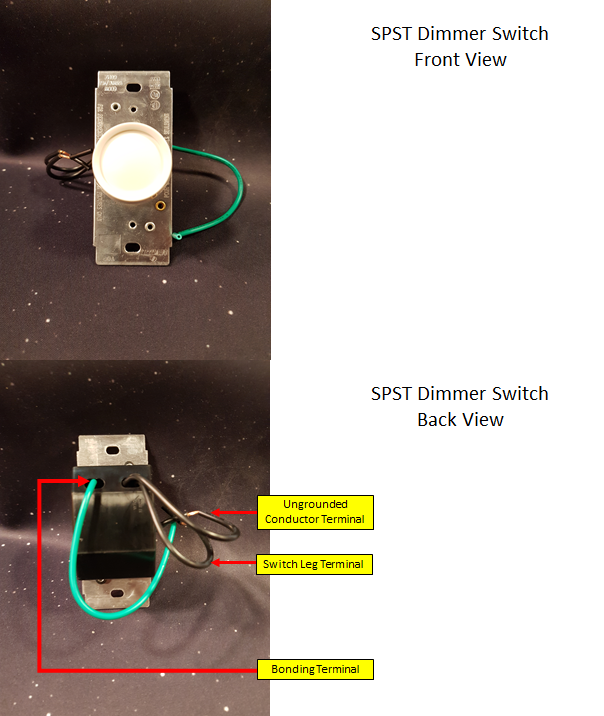 The simplest form of dimmer switch uses a variable resistor to control the amount of voltage and current that the load sees. There are two basic styles of variable resistor control devices, depending upon how they are connected into the circuit.

If the variable resistor is connected in series with the lamp load it acts as a current controlling device and is called a rheostat. 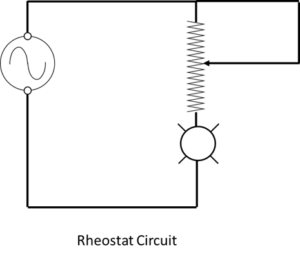 If the variable resistor is connected in parallel with the lamp load it acts as a voltage controlling device and is called a potentiometer. 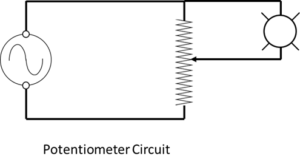 Both rheostats and potentiometers are unfavourable choices for controlling the brightness of a lamp because the resistive components of the switch will dissipate a certain amount of wasted heat energy, and are rarely used in modern lighting installations.

When we refer to dimmer switches, we are most often referring to the electronic style dimmer switches that use solid-state electronic components to “switch” the AC sine wave off and on for very brief periods of time. By blocking a certain fraction of the waveform from seeing the load, the dimmer switch can control the brightness of the lamp without wasting excess energy in resistive components. 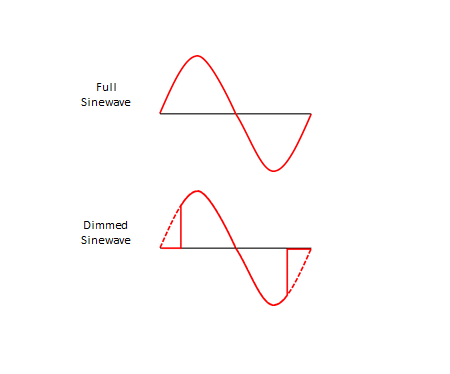 Not all lamps respond to dimmer switches equally.  Incandescent lamps, which are resistive loads, will work with all styles of dimmer switches because their illumination level is directly proportional to the amount of current that flows through its filament.

Energy-efficient bulbs such as CFLs and LEDs may not work properly with all electronic style dimmer switches. These bulbs contain internal gear that expects to receive standard 120V, 60Hz sinewaves, and may flicker or simply turn off if the wrong dimmer switch is used.

Newer style dimmer switches are made to work with certain styles of LED and CFL bulbs. If replacing older incandescent lamps with newer, more energy-efficient lamps on dimmer switch circuits, care must be taken to ensure the correct style of bulb and switch are installed.

These switches may also take up additional space inside the switch box due to the internal electronic components, while some models may have heat-sink fins built into them to help dissipate any excess heat.