The most common application of these devices is a 4-way switch, which is used in conjecture with two three-way switches to allow for lamp control from three or more locations. 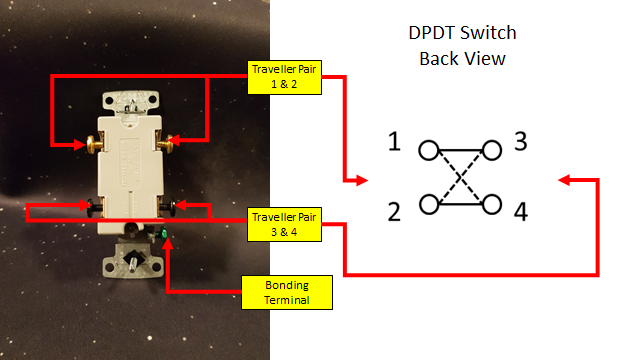 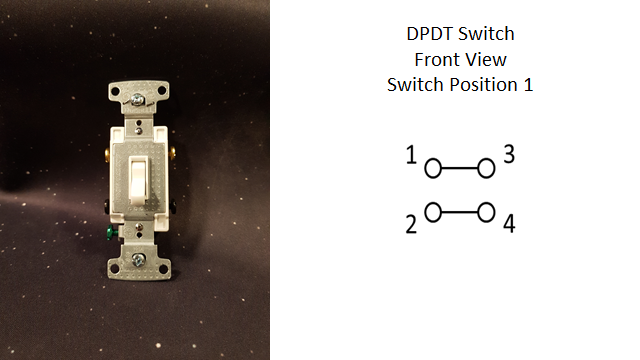 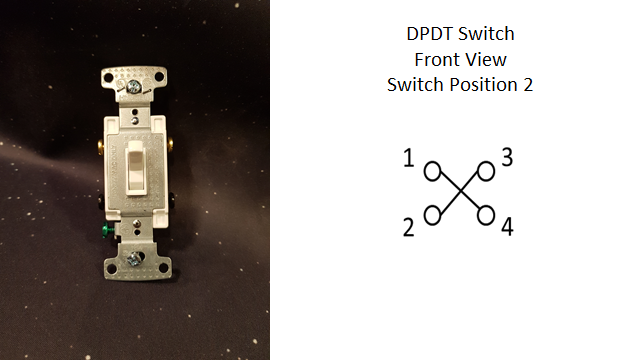 4-way switches also do not have a marked “on” or “off” position, and so cannot be installed “upside-down”.