Fast food saw an increasing shift to automation in 2016, with Mcdonalds widely adopting “Create your Taste” electronic kiosks where customers could place their order. Many customers are finding that automation adds consistency, gives greater opportunities for customization, and reduces human error. Publications including Forbes, Business Insider, and more report that the fight for higher minimum wages has expedited this shift. Corporate leaders such as former President and CEO of McDonalds USA argue the success of “The Fight for 15” in states such as California has resulted in the closure of many small businesses, unable to pay the rising costs of labour and lacking the resources to switch to machines.

Read former McDonald CEO comment on “The Fight for 15.”

In Topic 3 we explored the impact of government intervention in the market, and showed how policies that change quantity from equilibrium cause deadweight losses. To explore this further, let’s consider the labour market for fast food and the possible impact of a minimum wage.

1. A supply and demand curve for the fast food labour market is presented below, label the equilibrium price and quantity.

2. What is consumer and producer surplus? Market surplus? 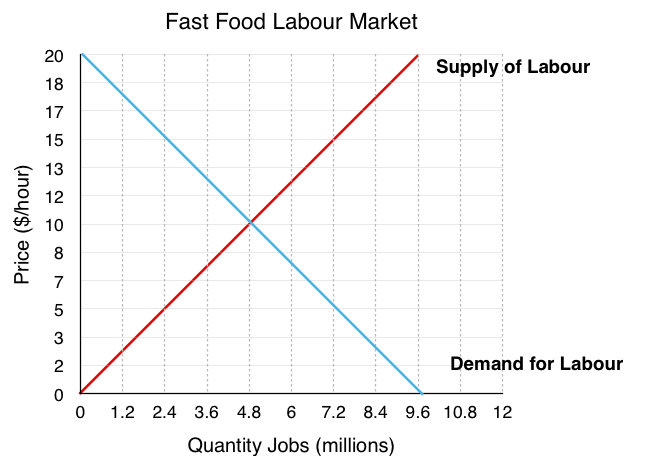 3. Assume the government passes policy introducing a $15 minimum wage. Label the new quantity demanded, and quantity supplied. Is there a shortage or a surplus of labour?

4. What are the two effects of the minimum wage on workers? What is the net change in surplus?

Remember that positive economics and efficiency is independent of equity. The argument is not that redistributing wealth is unnecessary, but that perhaps a minimum wage policy is not the best mechanism to do it. Even so there is debate about whether minimum wage does cause the inefficiency as suggested above.  A series of rigorous studies by the Institute for Research on Labor and Employment at the University of California, Berkeley, comparing neighbouring counties in the U.S. located on different sides of a state border with different minimum wage levels between 1990 and 2006 found no adverse employment effects from higher minimum wages. One key argument is that an increase in minimum wage boosts spending in the economy, which may create jobs. 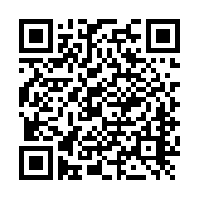 How can we represent this in our model? Well in the diagram above, we made assumptions about the elasticity of the market, where an increase in the price of labour caused a relatively large drop in the quantity of labour demanded. What if firms were less responsive to such price changes?

6. A new supply and demand curve for the fast food labour market is presented below with a more inelastic supply curve, label the new equilibrium price and quantity. 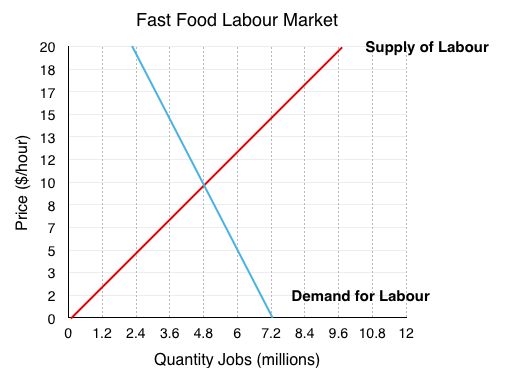 7. Assume the government again passes policy introducing a $15 minimum wage. Label the new quantity demanded, quantity supplied. Is there a shortage or a surplus of labour? By how much?

8. What is the deadweight loss from this policy? How does this compare to before?

“I was at the National Restaurant Show yesterday and if you look at the robotic devices that are coming into the restaurant industry — it’s cheaper to buy a $35,000 robotic arm than it is to hire an employee who’s inefficient making $15 an hour bagging French fries — it’s nonsense and it’s very destructive and it’s inflationary and it’s going to cause a job loss across this country like you’re not going to believe.”

Rensi is adamant that economics happens at the margin; he is not suggesting that a increase in minimum wage will cause everyone to switch to automation, but that it incentives more and more to consider it as a viable alternative.

9. Comment on how automation effects the elasticity of demand for labour. Would easy access to automation make demand relatively more or less elastic?

In this case study we have shown how microeconomic concepts of policy and elasticity can be used to understand current events in the news. Do you have a story you think would make a good case study? Contact economics103@uvic.ca to propose your story.