In this topic, you will learn about:

The topic will help you develop the following skills:

Just Whose iPhone Is It?

The iPhone is a global product. Apple neither manufactures iPhone components nor assembles them. Actually, Foxconn Corporation, a Taiwanese company, assembles iPhones at its factory in Shenzhen, China. In addition, Samsung supplies about 26% of the parts that make up the iPhone. In short, oddly enough, Samsung is both Apple’s biggest supplier and main competitor. Why do these two firms work together to produce the iPhone? To understand the economic logic behind trade, one must accept that the exchange of goods and services is done in a mutually beneficial manner. Samsung is one of the world’s largest electronics parts suppliers. Samsung can make high profits focusing on making the phone’s parts, while Apple concentrates on its strength—designing elegant, easy-to-use products. If each group focuses on what it does best, both parties benefit from trade. 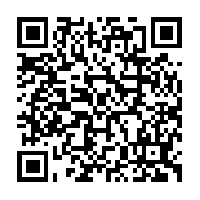 We live in a global marketplace. The food in your kitchen might include fresh fruit from Chile, cheese from France, and bottled water from Scotland. Your wireless phone may have been manufactured in Taiwan or Korea. Your clothes are possibly designed in Italy and manufactured in China. As a worker, if your job involves farming, machinery, airplanes, cars, or scientific instruments, the odds are high that a hearty proportion of your company’s sales—and hence the money that pays your salary—comes from export sales. We are all linked by international trade, which has grown dramatically in the last few decades and plays an increasingly important role in the global economy.

Recall that Macroeconomics is the study of how the aggregate economy behaves. Though trade can often be a Marco issue (examining exchange rates, interest rates, trade agreements etc.), it is fundamentally rooted in Microeconomics. Resource allocation is the decisions individuals, businesses, and governments make with scarce resources. In the example above, both Taiwan and China decide what amounts of phones and microchips they would each like to produce. Though this interplay between micro- and macroeconomics is complicated, there are fundamentally three resources allocation questions at the core of microeconomics:

These questions are all normative, meaning they are subjective and value-based as opposed to positive, fact-based questions. We need normative criteria to evaluate these questions – an idea that will be developed later in this chapter.

In this topic, we will focus on answering the second question “how should the production of these goods and services take place,” as we evaluate how countries can gain from trade and allocate resources most efficiently.