Introduction to Supply and Demand

Why Can We Not Get Enough of Organic?

Organic food is increasingly popular, not just in the United States, but worldwide. At one time, consumers had to go to specialty stores or farmer’s markets to find organic produce. Now it is available in most grocery stores. In short, organic is part of the mainstream.

Ever wonder why organic food costs more than conventional food? Why, say, does an organic Fuji apple cost $1.99 a pound, while its conventional counterpart costs $1.49 a pound? The same price relationship is true for just about every organic product on the market. If many organic foods are locally grown, would they not take less time to get to market and therefore be cheaper? What are the forces that keep those prices from coming down? Turns out those forces have a lot to do with demand and supply.

An auction bidder pays thousands of dollars for a dress Whitney Houston wore. A collector spends a small fortune for a few drawings by John Lennon. People usually react to purchases like these in two ways: their jaw drops because they think these are high prices to pay for such goods or they think these are rare, desirable items and the amount paid seems right.

When economists talk about prices, they are less interested in making judgments than in gaining a practical understanding of what determines prices and why prices change. Consider a price most of us contend with weekly: that of a litre of gas. Some of you may remember the sharp fall in gas prices in 2015, which worsened when sanctions were lifted from Iran in January of 2016 . What caused the price of a barrel to fall from almost $110 to just $15? To explain these price movements, economists focus on the determinants of what gasoline buyers are willing to pay and what gasoline sellers are willing to accept.

As it turns out, the price of gasoline in June of any given year is nearly always higher than the price in January of that same year; over recent decades, gasoline prices in midsummer have averaged about 10 cents per gallon more than their midwinter low. The likely reason is that people drive more in the summer, and are also willing to pay more for gas – but that does not explain how steeply gas prices fell. Other factors were at work during those six months, such as increased competition between Saudi Arabia and Iran, an oversupply in production from years of heavy investment, and other shocks to the supply and demand of oil. 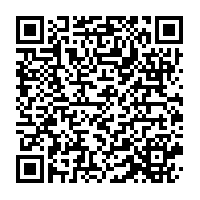