Eat, survive, reproduce. Whether one lives in the rainforest or an urban metropolis, survival requires locating and identifying edible foods and avoiding predators. In Chapter 2, we examined how our nervous system evolved to enable us to address these basic survival needs and how our brain evolved to enable us to consider “what’s it all about?” In this chapter, we consider how our nervous system transmits and interprets sensory information, relaying it to parts of the body capable of responding. refers to the initial detection of a stimulus resulting from the physical stimulation of a receptor in a sense organ (e.g., eye, ear, etc.). refers to the integration and interpretation of sensory information. Often sensation is described as a bottom-up process, starting with stimulation of a sense organ receptor and moving toward the brain. In contrast, perception is often described as being a top-down process since the initial integration and interpretation takes place in the brain. The importance of sensation and perception to individual and species survival is undeniable.

Even very simple organisms possess the ability to sense and respond to environmental stimulation. For example, moths are attracted by light. Aristotle referred to five human senses: , , , , and . Others consider there to be additional senses of temperature (), , muscle tension (), and balance (). Each sense responds to a specific type of physical stimulation and possesses specific receptor cells. Figure 3.1 lists the stimulus, sense organ, and receptor for the different senses.

Sensory information, to the extent that it accurately represents the environment, improves adaptation (Gaulin & McBurney, 2003). It should not be surprising that sense organs exist in very simple animals or that more than half the human brain is dedicated to the reception and interpretation of sensory information. Vision enables humans as well as less complex organisms (e.g., insects, sea crabs, birds, etc.) to avoid bumping into objects and to identify food sources. Hearing enables animals to detect the presence and location of dangerous or appetitive objects at a distance. Taste and smell enable us to detect potential foods or poisonous substances. Touch and pain indicate the presence of potentially dangerous objects or conditions (Gaulin & McBurney, 2003).

It is possible to study how the human brain evolved to detect, transmit, and interpret sensory information by studying the brains of other animals, especially primates (and particularly monkeys (Kaas, 2008). In comparison to our earlier mammalian ancestors, primate sensory and motor systems are much more complex and divided into a large number of functional units. For example, macaque monkeys possess between 30 and 40 separate cortical areas dedicated to vision and 15 to 20 areas dedicated to hearing. The human brain is approximately 15 times the size of the brain of macaques, possessing approximately 100 billion neurons in comparison to 6.4 billion neurons and over 200 cortical areas. Early primates were small, nocturnal, lived in trees, and ate insects, buds, and fruit. Their eyes were forward-looking and large, implying that vision played an important adaptive role in their survival. The increased number and size of cortical areas dedicated to vision, and increased number of motor areas, enabled coordination of visual information with reaching for and grabbing food while suspended from unsteady tree branches (Kaas, 2008). 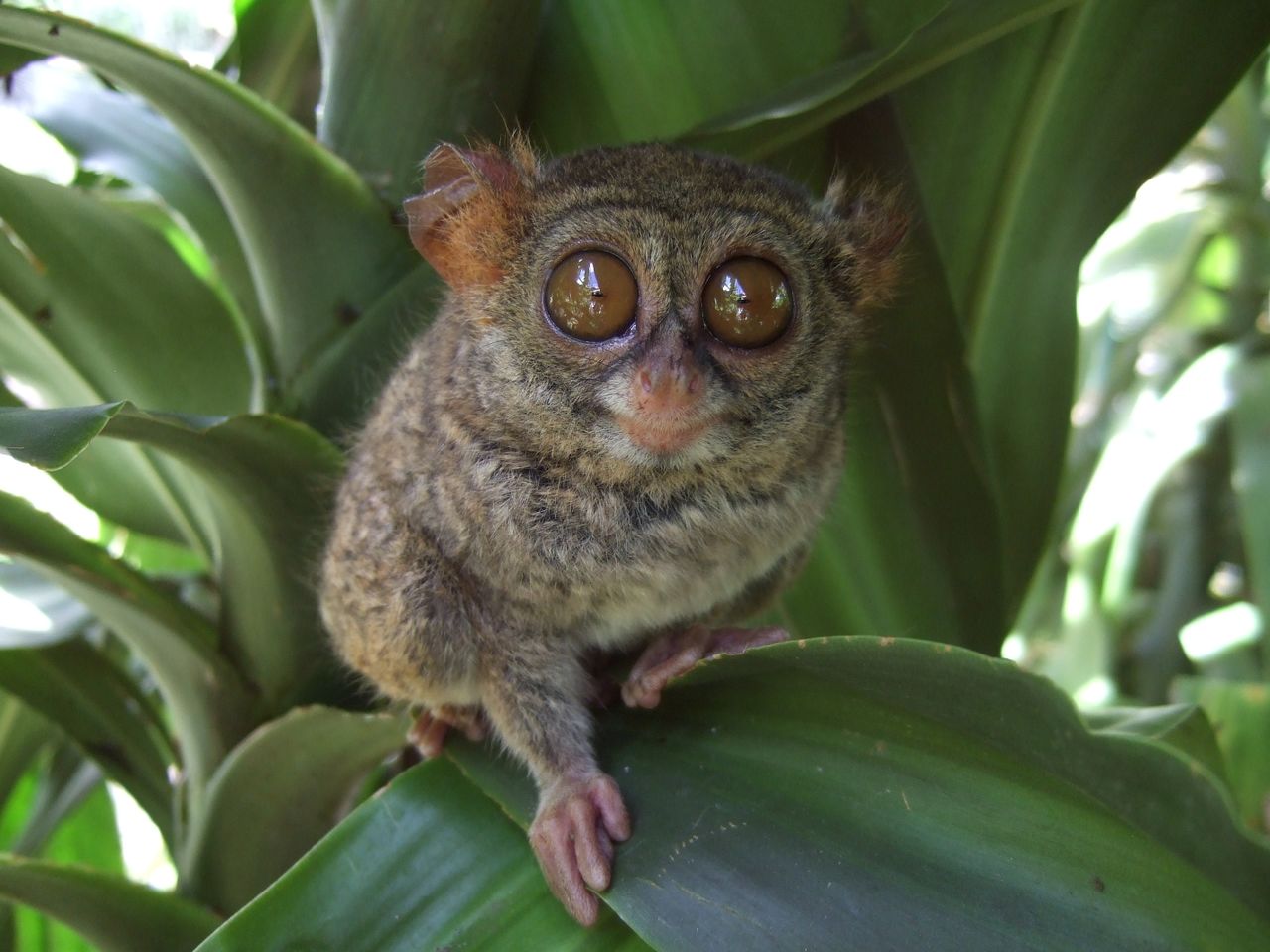 The first scientific studies of human sensation and perception were conducted at the University of Leipzig where Wundt later established the first psychology laboratory. This earlier research obviously influenced Wundt’s proposed definition, goals, and methods for the discipline. In 1860, Gustav Fechner published the classic “Elements of Psychophysics”, naming the systematic study of the effect of varying the properties of stimuli on sensation and perception. Fechner extended the prior work of Max Weber examining the initial step enabling perception; detecting the presence or change in value of a stimulus. Weber distinguished between these two types of sensory thresholds. An is the minimum intensity of a stimulus required for one to detect its presence. For example, how bright does a light have to be or how loud does a tone have to be for a person to notice it. A (often referred to as the “just noticeable difference” or jnd) is the minimum amount of change in intensity required for a person to notice a difference. Fechner replicated Weber’s findings that the amount of change required is a constant fraction of the comparison stimulus. For example, if the constant jnd for length is one-tenth, you would need to increase a 10-inch line by one inch and a 20-inch line by two inches to notice the difference. This relationship is known as “.”

Adaptation requires detecting changes in one’s environment and behaving in a way which promotes survival. Clearly, one is at a disadvantage if a sense is not functioning optimally. If you ever had your hearing tested, the technician probably used one of the two procedures developed by Weber, the method of limits or the method of constant stimuli. Using the method of limits to determine an absolute threshold, the (i.e., loudness) of a sound would be gradually increased until you report hearing it. Then the amplitude would be decreased until you report no longer hearing it. This would be repeated several times for different frequencies of sounds, from very low bass to very high treble.

Usually, we think of a single value as determining an absolute or difference threshold. That is, a sound must reach a particular decibel level (loudness) for us to sense its presence. Unfortunately, when testing is conducted, one does not always obtain the same result. This raises the question of how to define what constitutes “the” (apparently not so absolute) threshold? Is it the value where you first report hearing the sound? Or, is it the value where you always report hearing it? Early on, researchers decided to compromise between these two possibilities. The (not so) absolute threshold is defined as the average of the points at which the sounds appeared and disappeared.

A similar process would be followed to determine a difference threshold. In this instance, the technician would start with a sound you could hear and gradually increase the amplitude until you reported it being louder. Then the amplitude would gradually be decreased until you reported it being softer, etc. The would be defined as the average change required for you to report the tone as being louder or softer.

A problem with the method of limits is that people sometimes anticipate hearing a stimulus appear or disappear. In order to address this problem, the method of constant stimuli presents sounds at random amplitudes. Unfortunately, the result frequently changes from trial to trial. That is, in testing for an absolute threshold, sometimes the person will report hearing it and sometimes not. So much for absolutes! Weber defined the absolute threshold as that value which the individual reported hearing 50 percent of the time. Similarly, a jnd was defined as the amount of change required for you to report a difference half the time. These procedures and criteria continue to be used for research and diagnostic applications.

Threshold values change as the result of continual exposure. This phenomenon is called . With the exception of pain and extremely intense stimulation, the nervous system becomes decreasingly sensitive to prolonged events. For example, if someone holds your hand you stop feeling it after a little while. You quickly adapt to hot showers and to the cold when you jump into a pool of water. The same is true after exposure to perfume or after-shave lotion, or to constant background noise (e.g., the sound of a fan). From an adaptive perspective, it is as though once you have detected the presence of a stimulus it is not essential to maintain the same level of sensitivity.

Figure 3.2 “Tree dwelling primate” by Sakurai Midori is licensed under CC BY 3.0

the integration and interpretation of sensory information

visual sense resulting from light waves impinging on retinal rods and cones in the eye; enables organisms to avoid bumping into objects and to identify food sources

auditory sense resulting from sound waves impinging on hair cells in the basilar membrane of the ear; enables organisms to detect the presence and location of dangerous or appetitive objects at a distance

the minimum intensity of a stimulus required for one to detect its presence; calculated as the average value of the points at which a stimulus appears and disappears

there is a constant ratio between the size of a stimulus and the amount of change in value required to notice a difference (the jnd); for example, if the ratio is one-tenth, you would need to increase a 10-inch line by one inch and a 20-inch line by two inches to notice the difference

the loudness of a sound, indicated by the height from top to bottom of a wave cycle

acronym for just noticeable difference; the amount of change required to report a difference half the time

change in threshold values resulting from continual exposure to a stimulus