Tools, Technology and the Human Condition

The general problem-solving process represents a higher level of abstraction than the win-stay, lose-shift strategy that applies only to two-choice discrimination problems. This generic process emerges from learning-set type experiences with a variety of types of problems and may be applied to all others. For example, problems can occur in sense modalities other than vision, include more than two choices, and differ in complexity. The abilities to predict and control our environment, including problem-solving and creating tools, have enabled the transformation of the human condition. It is a mistake to believe that this occurred quickly or in a linear progression (i.e., equally spaced in time). To paraphrase Charles Dickens’ opening to A Tale of Two Cities (2003): It is the fastest of times, it is the slowest of times; it is the age of the internet, it is the age of the blowpipe.

Gordon Moore (1965) calculated that, since the invention of the integrated circuit in 1958, the number of transistors that could be contained on a computer chip doubled approximately every two years. Now known as Moore’s Law, this geometric relationship has been shown to also hold with computing speed and memory. Raymond Kurzweil (2001), inventor and futurist, proposed that Moore’s Law was simply one example of the generic that applies to the pace of all evolutionary biological and technological change.

Many archeologists divide the time period prior to recorded history into three stages. During the Stone Age, it took tens of thousands of years for the occurrence of such paradigm shifts (i.e., life transforming events) as the use of stone tools, the control of fire, and invention of the wheel. It took until the Bronze Age (3300-1200 BC) and Iron Age (1200-900 BC) for tools to be manufactured, as opposed to being handmade from items found in nature (see Figures 7.7 and 7.8).  Skipping to the first millennium A.D., advances such as the use of paper for writing and toiletry, inventions such as the quill and fountain pens, guns and gunpowder, and the creation of the first public library, were occurring every hundred years or so.

The Industrial Revolution and the Modern Era

In the nineteenth century, major advances occurred every few years. Toward the end, the industrial revolution increased the pace, laying the groundwork for our current human condition. The steam locomotive and automobile replaced the horse as the fastest way to travel on land, permitting travel across the continent (see Figures 7.9 and 7.10) and the airplane took travel to the skies (Figure 7.11); the steamboat and submarine enabled speedy travel on and beneath the sea.  These technologies were enhanced and in instances, replaced, during the 20th century. Orville and Wilbur’s initial flight in 1903 was followed by the development of the airplane as a speedy mode of transportation connecting the continents. Cross-country trips that took months by horse, took days by train and hours by plane. Intercontinental flights replaced ships as the only possible way to traverse oceans. During the industrial revolution people left farms for employment in large cities. Highway development and the proliferation of cars reversed the trend and suburban living became a preferred lifestyle for many. The reaper, steel plow, and refrigerator improved the yield and storage of food. Improved agricultural and meat processing techniques led to large, highly-efficient industries. Within 150 years, people went from producing their own food, to shopping at small markets, to shopping at large supermarkets. 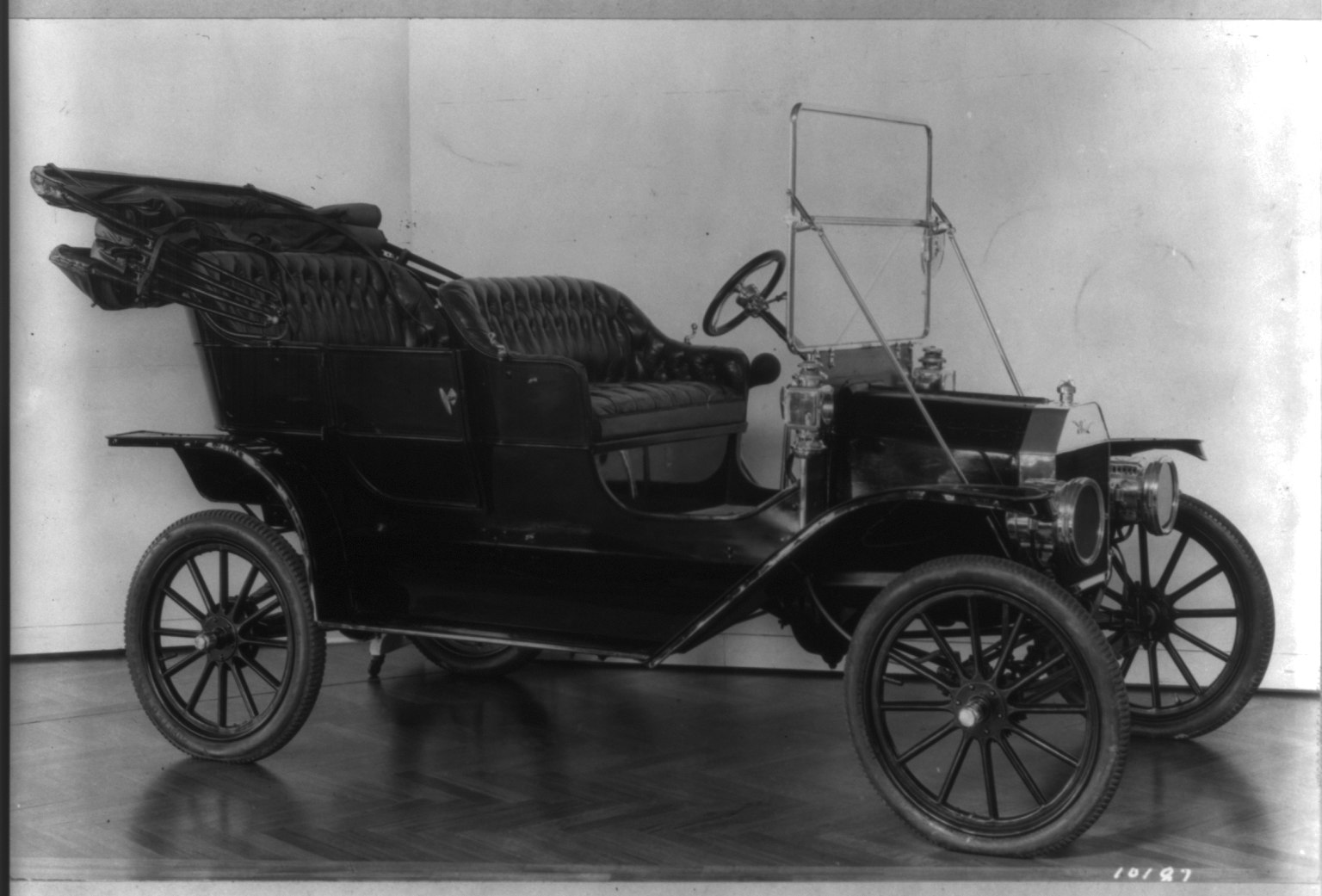 The telegraph and telephone (see Figure 7.12) enabled instant communication over long distances. The light bulb prolonged work and recreation time, and phonographs and cameras enabled the recording of audio and visual media. The revolver, repeating rifle, and machine gun changed self-defense and warfare, altering the balance of power among cultures and nations.

Radio enabled everyone with electricity to listen to the same event at the same time, culminating in talk shows with audience participation. Television extended this phenomenon to the visual world and soon a common culture was being created consisting of news, sports, variety shows, comedies, soap operas, and reality shows (see Figures 7.14 and 7.15). 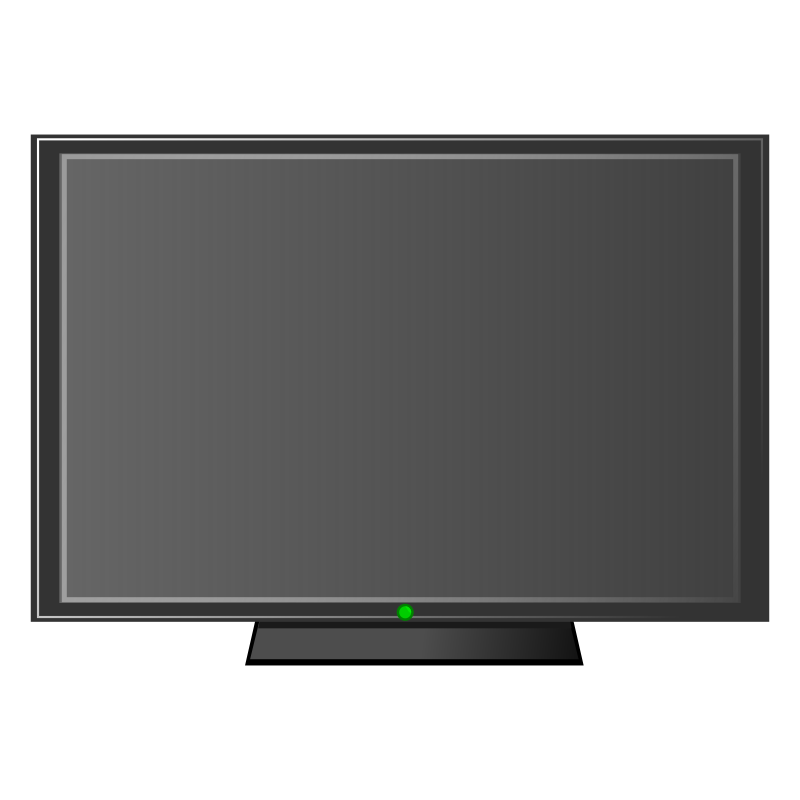 Digitization and computer technology transformed the speed and power of processing and communicating information (see Figures 7.16 and 7.17).  Communication satellites in space and optical fibers beneath the oceans connected the continents, enabling and encouraging globalization.

While foraging, the Nukak sometimes build small bridges to pass over small bodies of water. The bridge is a wonderful metaphor as well as a feat of engineering for connecting peoples and places. Think of where you are and how far it is possible to travel before reaching a bridge. One’s world is much smaller without them! The Nukak live in bands of approximately 15 individuals (usually the children and adults of 3 to 5 families). The tribe consists of approximately 20 bands living in different parts of a small region in the rain forest. That is their world. At the beginning of the 19th century, most human cultures lived on farms in small villages. That was their world. Technological innovations in transportation and communication have potentially connected every person on the planet. Within the span of 200 years, we have moved from communication by word of mouth and written letters to wireless phones and e-mail. We have landed a rocket ship on the moon and are currently exploring Mars for signs of life. These are our worlds!

The advances over the past two centuries have also led to a dramatic change in human life expectancy. “In the eighteenth century, we added a few days every year to human longevity; during the nineteenth century we added a couple of weeks each year; and now we’re adding almost a half a year every year. With the revolutions in genomics, proteomics, rational drug design, therapeutic cloning of our own organs and tissues, and related developments in bio-information sciences, we will be adding more than a year every year within ten years. So take care of yourself the old fashioned way for just a little while longer, and you may actually get to experience the next fundamental paradigm shift in our destiny” (Kurzweil, 2001).

The dramatic increases in human life expectancy over the past 1-1/2 centuries are primarily the result of improved sanitary conditions and inoculations against such diseases as smallpox, polio, rubella, diphtheria, and influenza. In current technologically-advanced cultures, the major reasons for loss of life are lifestyle related. For example, over 300,000 Americans die each year from smoking-related disorders. Heart disease and cancer, which combine for a half of all deaths on an annual basis, are significantly related to one’s nutritional and exercise habits. Health psychology has emerged as a sub-discipline of psychology dedicated to “the prevention and treatment of illness, and the identification of etiologic and diagnostic correlates of health, illness and related dysfunction” (Matarazzo, 1980). Hopefully, the knowledge acquired through this discipline will enable the development of lifestyle-related technologies essential to the continuation of the trend in human life expectancy.

Unfortunately, technology is a two-edged sword. It may be used to improve the human condition for the betterment of all or lead to our own extinction. The basic science of biology resulted in improvement in sanitary conditions and inoculations against major diseases. The same knowledge has been applied to create potentially devastating biological weapons. Chemistry has enabled the development of plastics and plastic explosives. Physics has enabled nuclear energy and nuclear weapons. Humans are the most creative and destructive force on this planet. It is the hope of this author that the science of psychology can contribute to our survival and enable us to realize the potential of our species.

Clearly, the automobile, airplane, telephone, radio, television, personal computer, cell phone, and World Wide Web have each transformed the human condition. How do we reconcile these advances occurring within such a short period of time with the concurrent Stone-Age existence of the Nukak? Once again, I will quote from Kurzweil’s extraordinary essay: “Technology goes beyond mere tool making; it is a process of creating ever more powerful technology using the tools from the previous round of innovation. In this way, human technology is distinguished from the tool making of other species. There is a record of each stage of technology, and each new stage of technology builds on the order of the previous stage (Kurzweil, 2001). The recording of progress is responsible for the distinction between tool-making in other species and human technological change, according to Kurzweil. This same explanation can be applied to the distinction between the human conditions for the Nukak and us. I have emphasized the speeding up of the pace of technological change during the past two centuries. It is easy to forget the glacial pace of change during the Stone Age. The Nukak survive under geographic and climatic conditions limited to a hunter-gatherer lifestyle. They have learned to make fires by rubbing sticks together, to make blowpipes from cane, and to tip darts with the paralyzing drug curare. The inability to store foods or domesticate large animals makes it impossible to produce food surpluses. Life is a day-to-day struggle for survival. There is no time or opportunity to create the technologies that transformed the human condition in cultures originating in the Fertile Crescent.

Figure 7.9 “Early steam locomotive”, Wikimedia is in the Public Domain

Figure 7.10 “Early automobile”, Wikimedia is in the Public Domain

Figure 7.11 “Wright brothers airplane” by Wikimedia is in the Public Domain

Figure 7.13 “Smartphone” by Maurice Svay is in the Public Domain, CC0

Figure 7.17 “Laptop computer” by OpenClipart-Vectors is in the Public Domain, CC0

the Stone Age was the time period prior to recorded history lasting for approximately 2-1/2 million years. During this period, humans and their ancestors fashioned tools made with hard edges and points from items found in nature. It took until the Bronze Age (3300-1200 BC) and Iron Age (1200-900 BC) for tools to be manufactured.