In the following sections we will look at some traditional (e.g., focus groups) and not-so-traditional (oral & research histories, and videography) data collection techniques often associated with interviews and qualitative research methods.

When multiple respondents participate in an interview at the same time, this is referred to as a focus group interview. Occasionally more than one interviewer may be present as well. Focus groups can be an excellent way to gather information because topics or questions that had not occurred to the researcher may be brought up by other participants in the group. Having respondents talk with and ask questions of one another can be an excellent way of learning about a topic; not only might respondents ask questions that had not occurred to the researcher, but the researcher can also learn from respondents’ body language around and interactions with one another. There are some unique ethical concerns associated with collecting data in a group setting.

An oral history is a less traditional form of data collection that can take the form of an interview. Its purpose is to record, in writing, material that might otherwise be forgotten by those who are unlikely to create a written record or produce archival materials (Fontana & Frey, 2003; Reinharz, 1992). It involves interviewing people about their past to ensure that their history is not lost and is therefore available to future generations (Palys & Atchison, 2014).

History is broadly defined as everything that happened before this moment in time (Palys & Atchison, 2014). The fact that we do not know everything about history has not prevented historians from studying what has happened in the past. Indeed, the only way to study history is to examine the artifacts that remain. When we speak about artifacts, it is not just those we can tangibly see, touch and/or taste. It also includes other types of artifacts, such as oral histories. Generally, there are two types of oral histories: Aboriginal oral histories and oral history in research. In the following sections we will briefly examine both of these methods (Palys & Atchison, 2014).

Palys and Atchison (2014) attempt to explain oral history in research by an analogy to a box that contains historical facts. As they explain, the box is filled with items that have been placed there by historians who have taken the time to document them and place them in the box. However, it is the selection of some items and not others that Palys and Atchison refer to as “one of the tragedies of history.” They say this because interesting and important facts will remain outside our realm of knowledge, due to the fact that someone did not place those facts into the box (p. 156).

The University of Toronto has an excellent website with an emphasis on primary sources and more than 2,700 collections of oral histories in English from around the world (see https://guides.library.utoronto.ca/c.php?g=250737&p=2676118). 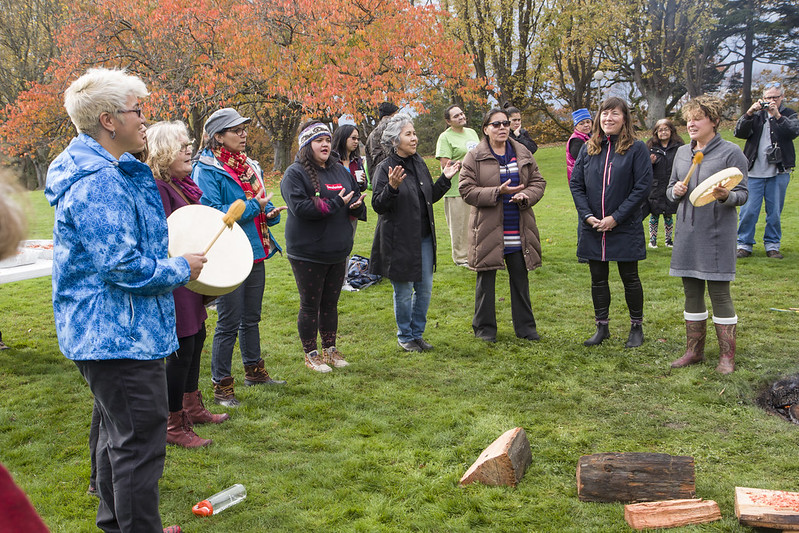 European and non-Aboriginal peoples’ reliance on written documentation and written archival material has led to the assumption that the lack of written documentary evidence related to the history of Aboriginal people means there is “no history” (see Wolfe, 1982). On the contrary, Aboriginal cultures have been quite successful in preserving their history, despite their reliance upon oral histories. Indeed, each new generation was tasked with accurately remembering and preserving the historical stories passed down from previous generations (Palys & Atchison, 2014). The accuracy of the oral history rests on two facts. First, the memories were not merely recollections of stories. Rather, they were the lived memorialization and verbatim accounts that were repeated throughout the ages. Second, the stories are shared in the context of the potlatch (feast) system, where each speaker provides a recounting of the history of his or her clan, including the clan´s territories and the way its crests and songs were acquired. As Palys and Atchison (2014) note, anyone attending these feasts could challenge the presented oral history, and, as such, this public sharing of a clan´s history helped to preserve the histories.  Consequently, it is not uncommon to find that the oral histories told today are much the same as those recorded by anthropologists at the turn of the 20th century (Palys & Atchison, 2014).

Like an interview, videography can be an effective means for collecting data, both during researcher/ participant interviews and during focus groups. However, videography can also be employed to collect data in more natural settings and, therefore, is a popular tool for those undertaking ethnographic studies (Asan & Montangue). While videography has been under-utilized, mainly due to confidentiality and privacy issues, it has many benefits as a data collection tool (Asan & Montangue, 2015). It can accurately record events, enable researchers to verify their observations through multiple raters, and permit the researcher to repeatedly review the video record. It is particularly valuable for measuring performance (Seagull & Guerlain, 2003) and verifying self-reported behaviours against observed behaviours (Asan & Montangue, 2015). Researchers have also used videography to capture more detailed data, such as body language and gazing direction (see Kumarapeli & Lusignan, 2013; Leong, Koczan, de Lusignan & Sheeler, 2006).

Effectively using videography to collect data requires the careful construction of effective research questions, and the identification of the type of data required. Both of these steps will inform the study design (Asan & Montangue, 2015) and are primary considerations at the outset of any study. Choosing to employ videography to collect data also requires knowledge of cameras, including the various types of cameras, the various levels of quality and functions, and positioning of cameras–things that appear easy but are crucial to ensuring that the video has captured what you wanted (see Asan & Montangue, 2015).

One of the most significant concerns related to collecting data via video is confidentiality of the participants. Most institutional research ethics boards require that researchers outline how they will ensure participant confidentiality. Outlining how video data will be collected, how it will be stored, who will have access to it, and at what point and how it will be destroyed, are important considerations for all researchers. Assan and Montangue (2015) outline a variety of pros and cons for those wishing to collect data via video. See Table 10.2.

Table 10.2 The pros and cons of collecting data via video (adapted from Assan & Montangue, 2015)

To learn more about the use of video for research, here is the link to an excellent resource produced by Jewitt (2012) for the National Centre for research methods:

The Hawthorne effect describes the tendency of people to modify their behaviour because they know they are being studied.  This is a particular challenge of social experiments and such behaviour changes can distort a study´s findings (Payne & Payne, 2004).