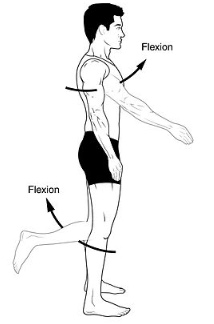 Dorsiflexion – occurs at the ankle, pulling the distal end of the foot towards the tibia 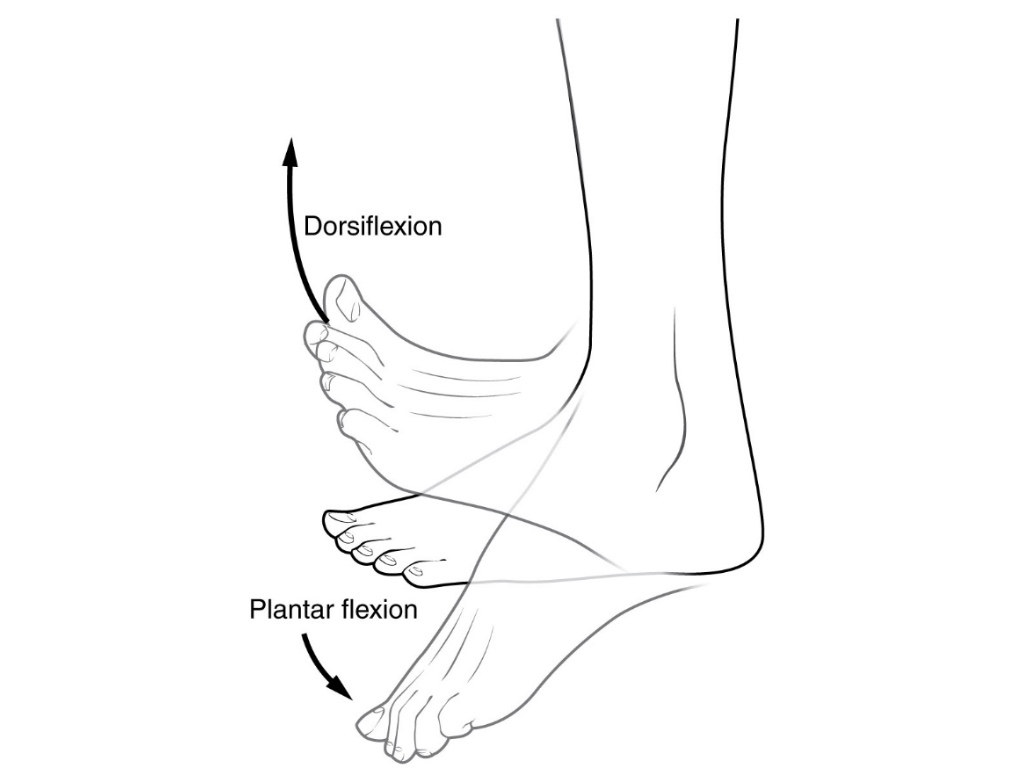 Extension – contraction resulting in a degree increase at a joint, the opposite of flexion

Hyperextension – extension in which the degree has increased past anatomical position

Adduction – limbs moving toward the body’s midline in the frontal plane (like the end of a jumping jack), the opposite of abduction

Rotation – rotation of a joint, typical of ball-and-socket type joints and where articulating surfaces allow for a spinning motion (turning of the head/torso or at the shoulders are some examples) 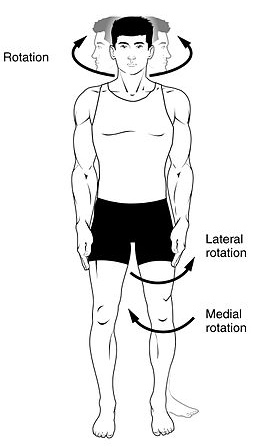 Medial Rotation – rotation towards the midline, can be thought of as inward rotation

Supination – lateral rotation of the wrist

Pronation – medial rotation of the wrist 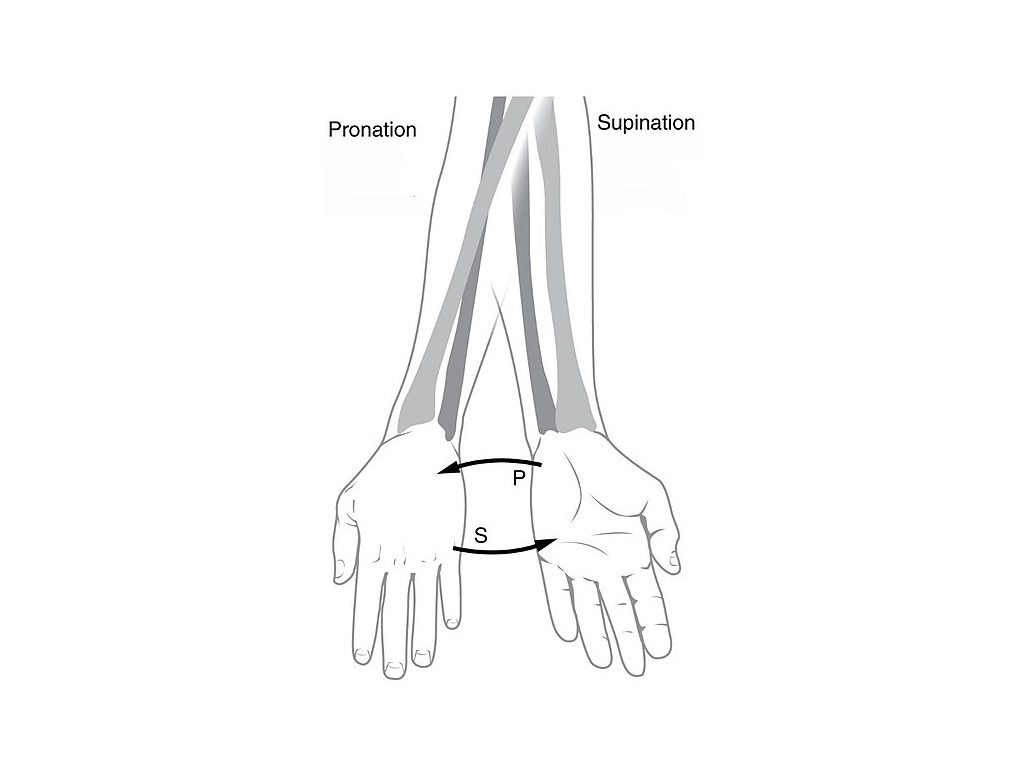 Retraction – direct posterior movement of a body part, the opposite of protraction

Elevation – raising a body part directly upwards, no rotation or changes in the degree of a joint (shrugging/closing the jaw are examples)

Depression – forcing a body part directly downwards, opposite of elevation 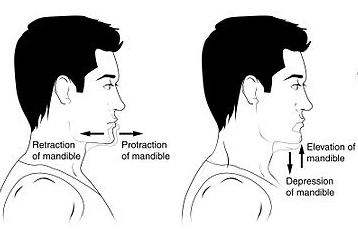 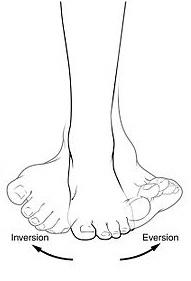 Opposition – moving the little finger and thumb towards each other 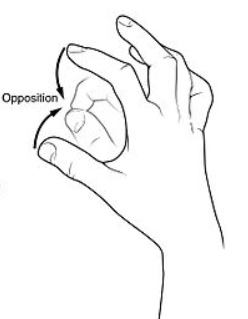