The abdominal muscles form the anterior and lateral abdominal wall. From superficial to deep they consist of the external abdominal oblique’s, the internal abdominal oblique’s, rectus abdominis and the transversus abdominis. Working together these muscles form a wall that protects the internal organs and also helps to maintain an erect posture. Additionally, the contraction of these muscles help expiration of the lungs and to increase the pressure in the abdominal cavity for actions such as in sneezing, defecating, lifting, coughing, and childbirth. 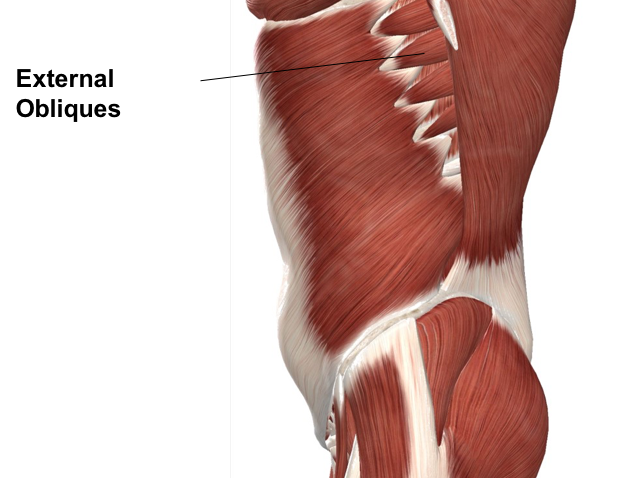 Figure 1. Diagram demonstrating the sagittal plane of the external obliques.

The external abdominal oblique muscle is the largest and most superficial of the four muscles. It is a broad and thin muscle with its muscular portion covering the side and aponeurosis on the anterior wall. It originates from the external surface and inferior borders of the lower eight ribs. The fibers from the lowest ribs pass downwards and insert into the anterior half of the iliac crest whereas the middle and upper fibers, directed inferiorly and anteriorly, insert into the xiphoid process, the linea alba, the pubic crest, and the pubic tubercle. It is innervated by the lower six thoracic nerves (7-12) and the iliohypogastric and ilioinguinal nerves. Both sides of the muscle act together unilaterally, causing flexing of the vertebral column. 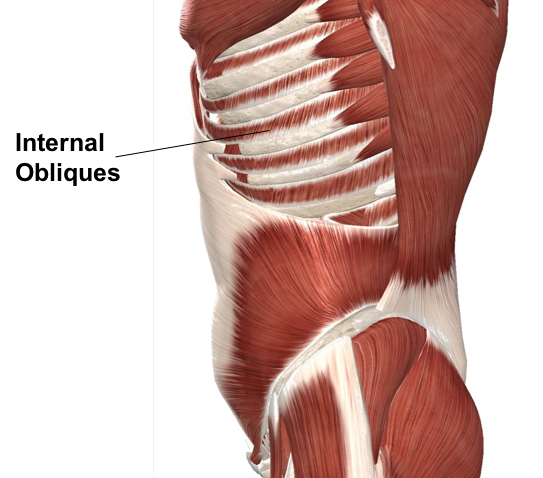 Figure 2. Diagram demonstrating the sagittal view of the internal obliques.

The internal abdominal oblique muscle is also a broad thin muscle that lies deep to the external oblique muscle. The muscle fibers run perpendicular to the external oblique, beginning at the thoracolumbar fascia, the anterior two-thirds of the iliac crest (upper part of the hip bone) and the lateral half of the inguinal ligament. The muscles fibers run from these points superomedially (up and towards the midline) to the muscle’s insertions on the inferior border of the 10th through 12th ribs and the linea alba. The internal abdominal obliques are innervated by the lower six thoracic nerves (7-12) and the iliohypogastric and ilioinguinal nerves. The internal oblique has two major functions. Firstly, as an accessory muscle of respiration, it acts as an antagonist (opponent) to the diaphragm, helping to reduce the volume of the chest cavity during exhalation. Secondly, its contraction rotates and side-bends the trunk by pulling the rib cage and midline towards the hip and lower back, of the same side. It acts with the external oblique of the opposite side to achieve this torsional movement of the trunk. For example, the right internal oblique and the left external oblique contract as the torso flexes and rotates to bring the left shoulder towards the right hip. 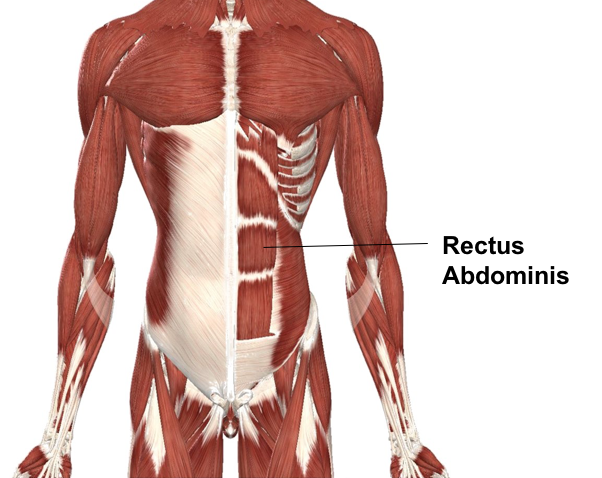 Figure 3. Diagram demonstrating the anterior view of the rectus abdominis.

The rectus abdominis is a long flat muscle that extends the entire length of the anterior abdominal wall. It is broader above and lies close to the midline, which is separated from the linea alba. It arises by two heads from the anterior aspect of the symphysis pubis and the pubic crest and it inserts into the 5th, 6th, and 7th costal cartilages and the xiphoid process. Each rectus abdominis is divided into three muscle bellies divided by three tendinous inscriptions, one at the level of the xiphoid process, one at the umbilicus and one halfway between the two. The rectus abdominis is enclosed between the aponeuroses of the external and internal oblique’s and transversus abdominis which form the rectus sheath. It is innervated by the lower six thoracic nerves (7-12). The rectus abdominis is an important postural muscle. With a fixed pelvis, contraction results in flexion of the lumbar spine. When the ribcage is fixed contraction results in a posterior pelvic tilt. It also plays an important role in forced expiration and in increasing intra-abdominal pressure. 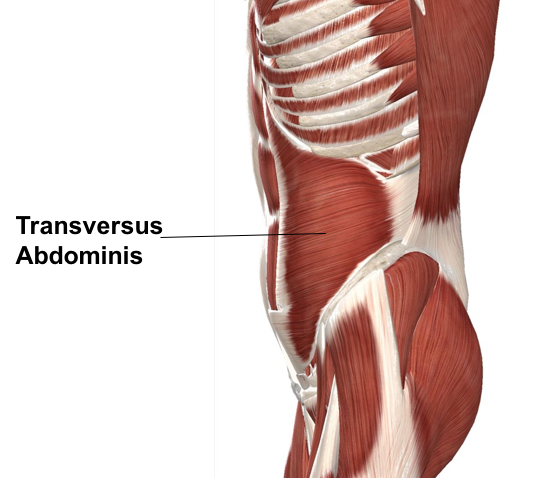 Figure 4. Diagram demonstrating the sagittal view of the transverus abdominis.

The transversus abdominis muscle is the deepest of the abdominal muscles, lying internally to the internal abdominal obliques and is named for the direction of its fibers. It is a thin sheet of muscle whose fibers run horizontally anteriorly. It arises as fleshy fibers from the deep surface of the lower six costal cartilages, the lumbar fascia, the anterior two-thirds of the iliac crest and the lateral third of the inguinal ligament. It inserts into the xiphoid process, the linea alba, and the symphysis pubis. The lowest tendinous fibers join similar fibers from the interior obliques to form the conjoint tendon which is fixed to the pubic crest and the pectineal line. It is innervated by the lower six thoracic nerves and the iliohypogastric and ilioinguinal nerves. Contraction of the transversus abdominis has a corset-like effect, narrowing and flattening the abdomen. Its primary function is to stabilize the lumbar spine and pelvis before movement of the lower and /or upper limbs occur.

Superficial to the lumbar small rotators is multifidus and quadratus lumborum. Multifidus spans the whole length of the spinal column, originating at the sacrum and transverse processes of C2- L5 vertebrae and inserting on the spinous processes of the superior vertebrae. Multifidus produces extension, lateral flexion the spine, as well as contralateral rotation. This muscle also has a nerve innervation of the lumbar spinal nerve. Quadratus lumborum is the other muscle found within this muscle layer. Quadratus lumborum originates on the posterior aspect of the iliac crest as well as the iliolumbar ligament. This muscle does not run the full spinal column and inserts on the 12th rib and the transverse processes of L1-L4 and bends the trunk, fixes the placement of the 12th rib and aids in respiration. The nerve innervation is the subcostal nerve, as well as the lumbar spinal nerves.

The iliopsoas muscles are found on the anterior aspect of the lumbar region. This muscle group consists of two psoas muscles, one major and one minor. Psoas major originates on the anterior and lower borders of the transverse processes of T12-L5 and inserts on the less trochanter of the femur. This muscle produces hip flexion, external rotation of the hip and bending of the lumbar vertebral column. Psoas major is innervated by the L1-L3 spinal nerve. The second muscle in this group is psoas minor which originates on the vertebrae and intervertebral discs of T12-L1 and inserts on the iliopectineal arch. This muscle causes flexion, lateral flexion of the spine and upward rotation of the pelvis. The nerve innervation is from the L1 spinal nerve.

Stretching the span of the vertebral column, there are a number of muscles grouped together called the erector spinae group. Two muscles from the erector spinae group are found within the lumbar region of the spine. The longissimus thoracic has an origin within the lumbar region, at the sacrum, iliac crest, spinous processes of L1-L5 and the transverse processes of the lower thoracic vertebrae. The insertion, action, and nerve innervation can be found in the muscle section of the thoracic region. The other muscle found within this group is the iliocostalis lumborum. This muscle originates on the sacrum and iliac crest, and inserts on the transverse process of upper lumbar vertebrae, ribs 6-12 and the thoracolumbar fascia. Iliocostalis lumborum causes extension, abduction, and rotation of the spine and is innervated by the lumbar spinal nerve.

The most superficial muscles of the posterior aspect of the lumbar region is the latissimus dorsi. Latissimus dorsi originates on the inferior angle of the scapula, ribs 9-12, the spinous processes of T7-T12, and the thoracolumbar fascia. The insertion point for latissimus dorsi is found on the intertubercular groove found in the upper limb. This muscle causes movement of the arm, such as extension, adduction, and internal rotation, as well as aids in respiration. This muscle is innervated by the thoracodorsal nerve.