1. The ischium, pubis, and ilium meet at the?

2. The pelvic girdle is composed of?

4. Which of the following statements is false when comparing males to females?

a) Males have a thicker and heavier pelvis compared to females.

b) Males have a larger pelvis compared to females

d) Males have a smaller pubic angle compared to females.

5. What is the action(s) of gluteus maximus?

d) none of the above

6. Which of the following statements is false regarding the gluteus medius and minimus muscles?

a) both cause hip abduction and medial rotation

b) both inset on the greater trochanter

c) both are innervated by the inferior gluteal nerve

d) all of the above are correct

7. Which is the following ligaments does not help in the reinforcement of the hip joint?

8. Which of the following statements is true regarding the 6 lateral rotators of the hip?

a) they all insert on the lesser trochanter

b) they are all very superficial

c) they all help stabilize the hip joint

d) all of the above are correct

9. The pelvis floor has _____ main important functions. (hint: they all start with S)

10. Which is the following muscles is of clinical importance due to its interaction with the sciatic nerve?

Correctly identify the components in the following diagrams. All of the definitions will be used once. 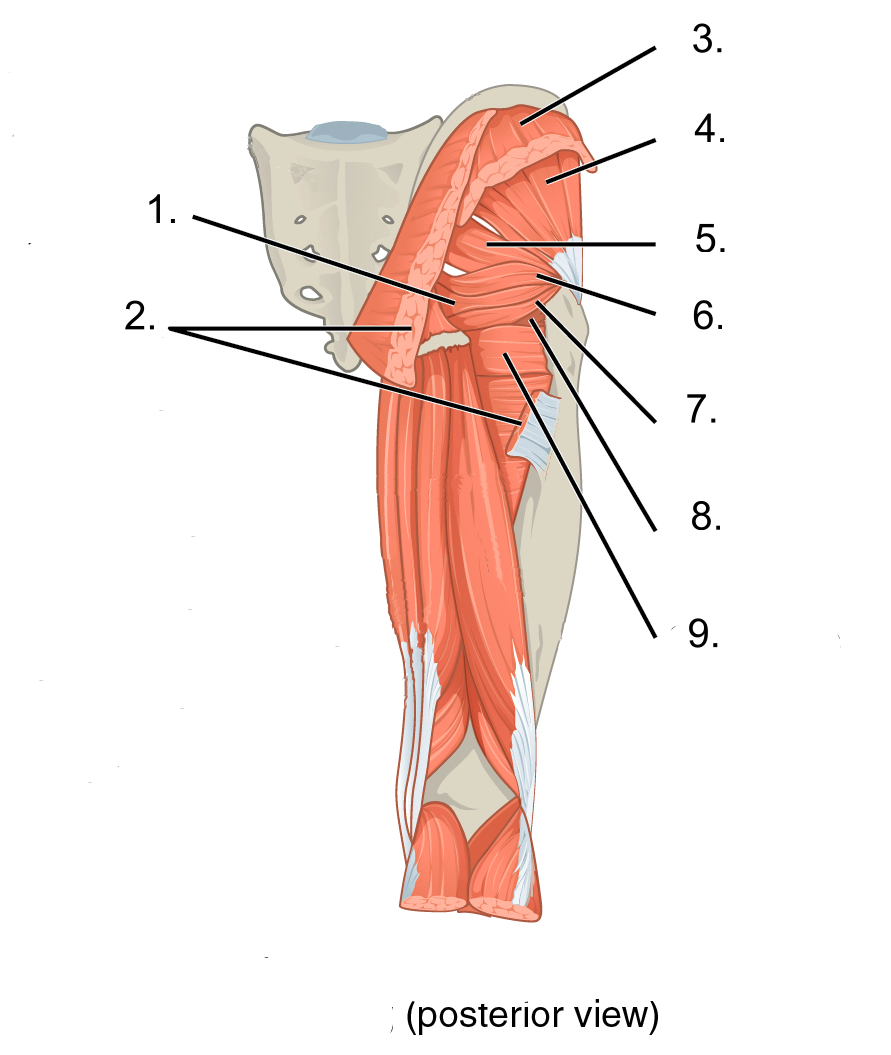