The knee is the most weight-bearing joint in the human body, transferring weight from the femur to the tibia. The joint is a synovial hinge joint formed between the femur, tibia, and patella. As a hinge joint, the knee permits flexion, extension, and very limited rotation. Each articulating surface forming the knee joint is covered in a thin layer of hyaline cartilage; creating a smooth surface to facilitate tissues to glide over each other in movement. The joint capsule which surrounds the bones of the knee is made of fibrous connective tissue which provides the joint with strength and lubrication.  Lining the joint capsule is a synovial membrane that fills the space in-between bony structures to lubricate the joint and reduce friction between articulating surfaces. Numerous connecting ligaments are used to improve stability, strength, and to hold the joint in place.

The oblique popliteal ligament is a broad, flat band of connective tissue that crosses the back of the knee. It originates on the medial condyle of the tibia as an extension of the semimembranosus muscle’s tendon and inserts on the lateral condyle of the femur. The ligament provides important reinforcing properties along with the arcuate popliteal ligament to the posterior aspect of the knee.

The posterior cruciate ligament (PCL) is the pairing ligament within the knee joint that forms an “X” with the anterior cruciate ligament. The PCL connects the posterior intercondylar area of the tibia to the anterior part of the lateral surface of the medial condyle of the femur. In terms of movement of the knee, the PCL resists posterior displacement of the tibia. Together the PCL and ACL work to control forward and backward motion of the knee.

To remember the position and direction of the ACL and PCL ligament, cross your fingers where your middle finger crosses over your index finger to mimic an ‘X’. The middle finger mimics the ACL running lateral-medial, originating anterior and inserting posteriorly; while the index finger mimics the PCL running medially to laterally, originating posterior and inserting anteriorly.

The tibial collateral ligament, also called the medial collateral ligament, is one of the four main ligaments of the knee joint along with the ACL, PCL, and LCL. It runs along the medial side of the knee from the femur’s medial epicondyle to the medial margin and surface of the tibia. The ligament can be found under the insertion points of gracillis, sartorius, and semitendinosus. Functionally the MCL keeps the knee stable through its full range of motion as well as preventing lateral movement from lateral/valgus forces. Compared to the fibular collateral ligament or LCL the MCL is a lot less flexible, therefore making it more prone to injury.

In the space between the femur and the tibia are two C-shaped discs of tough, rubbery fibrocartilage known as the medial and lateral menisci (plural for meniscus). The purpose of the meniscus is to act as shock absorbers between the leg bones during strenuous activity. Each meniscus fits in the shallow depression in the tibial plateau and in the event of injury, will prevent the knee from working right. The most common ways of injuring the menisci are from sudden twisting or turning while the foot is planted, and the knee is bent. 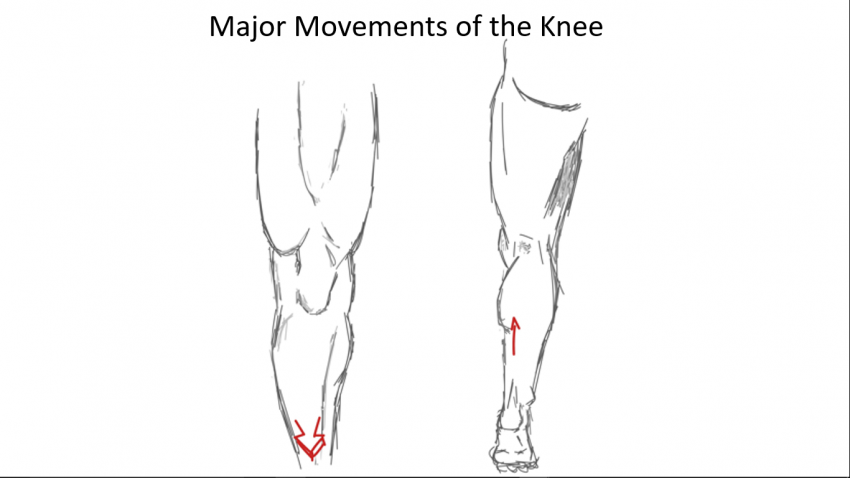 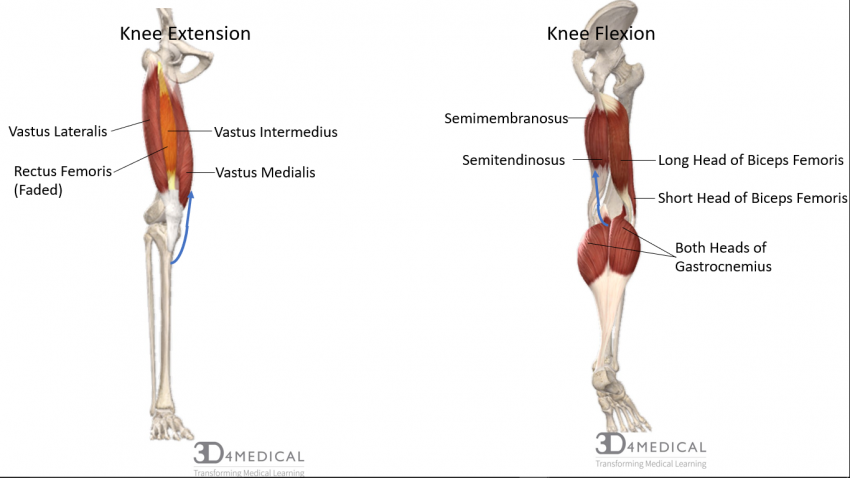 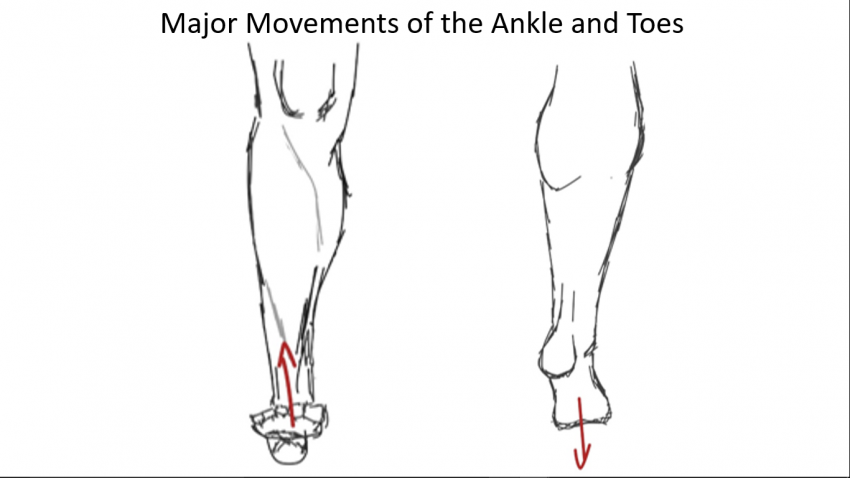 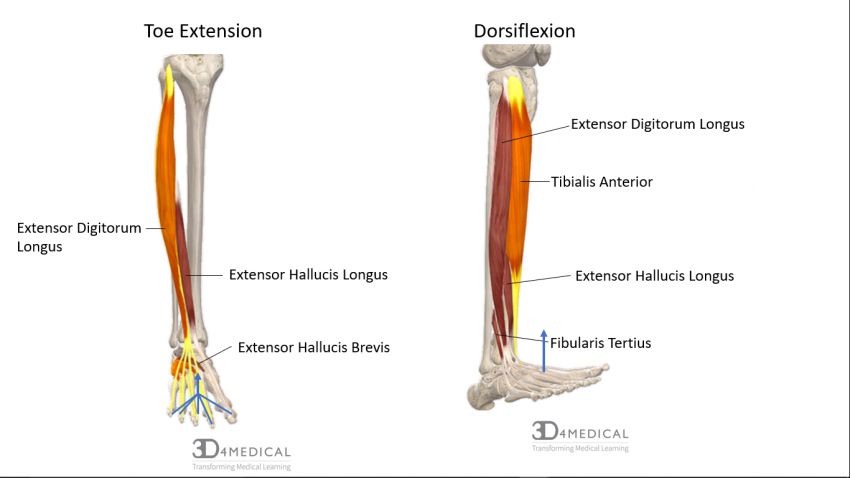 As is the case with wrist flexion and extension, the dorsi-flexors and plantar-flexors of the foot can move the foot or toes on their own, or both at the same time during a full contraction. 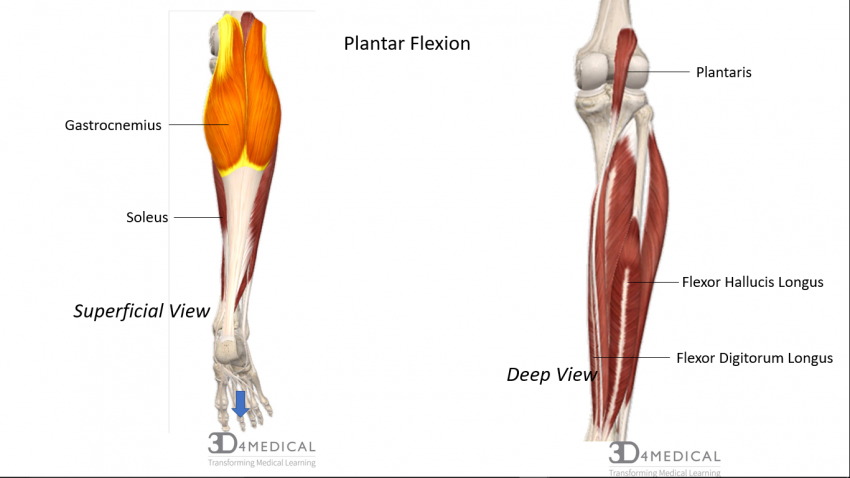 Figure 8. Diagram demonstrating the posterior view of the muscles activated during plantar flexion. 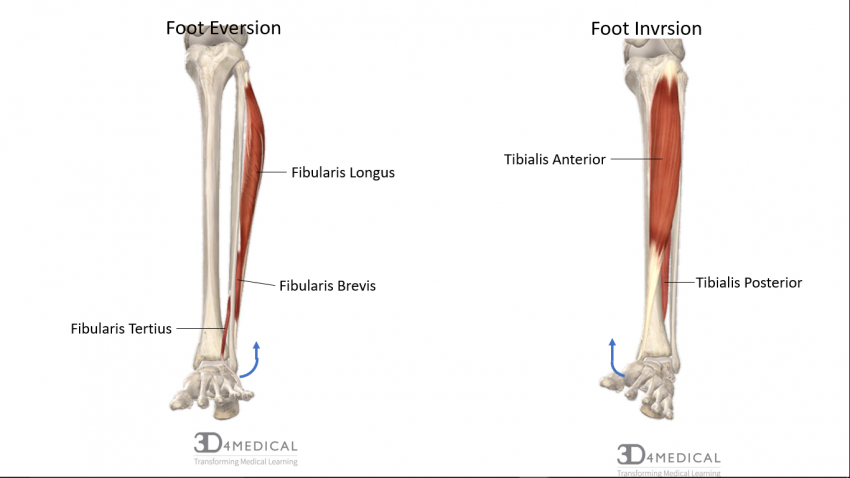 Figure 9. Diagram demonstrating the anterior view of the muscles activated during ankle inversion and eversion. 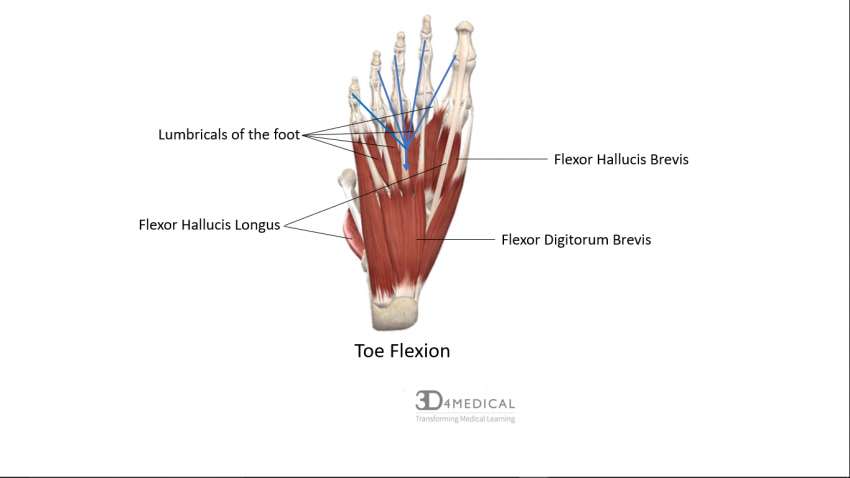 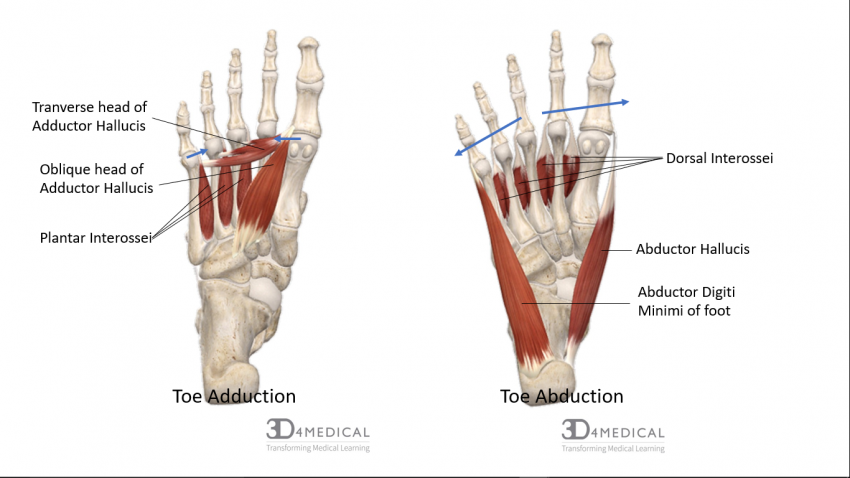 The ankle is a synovial joint, which contains a joint cavity that is fluid-filled where articulating bones contact each other. The joint is classified as a uniaxial because its only actions include bending and straightening motions along one axis. 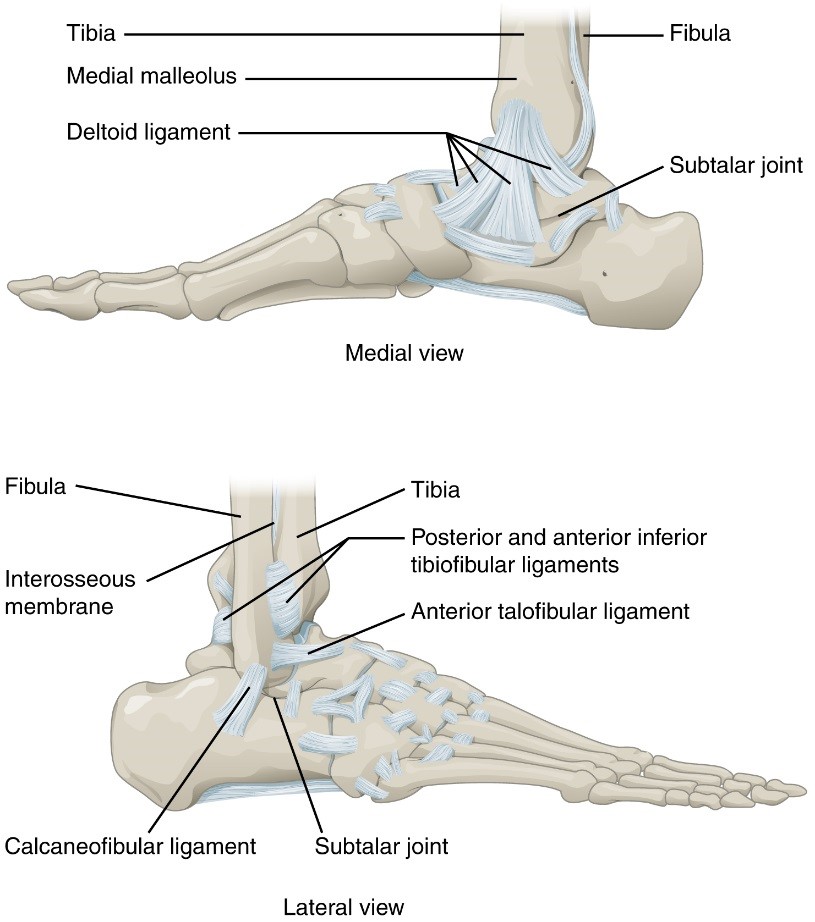 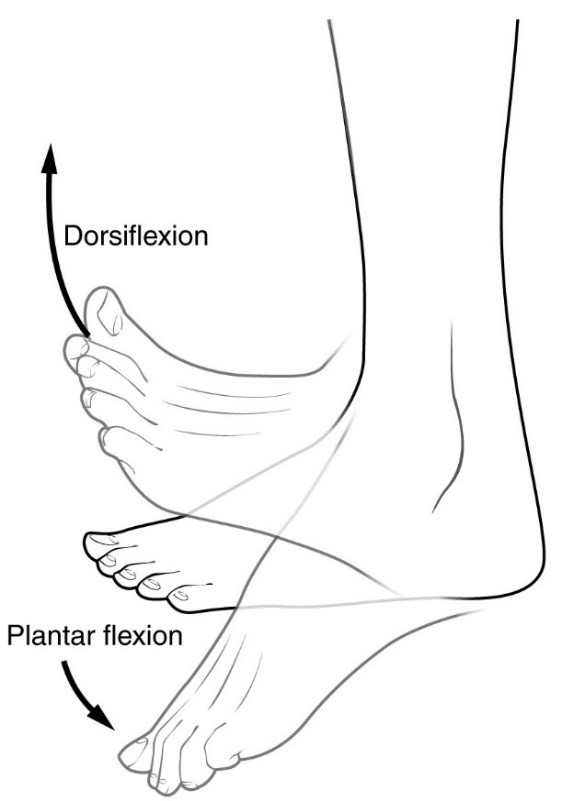 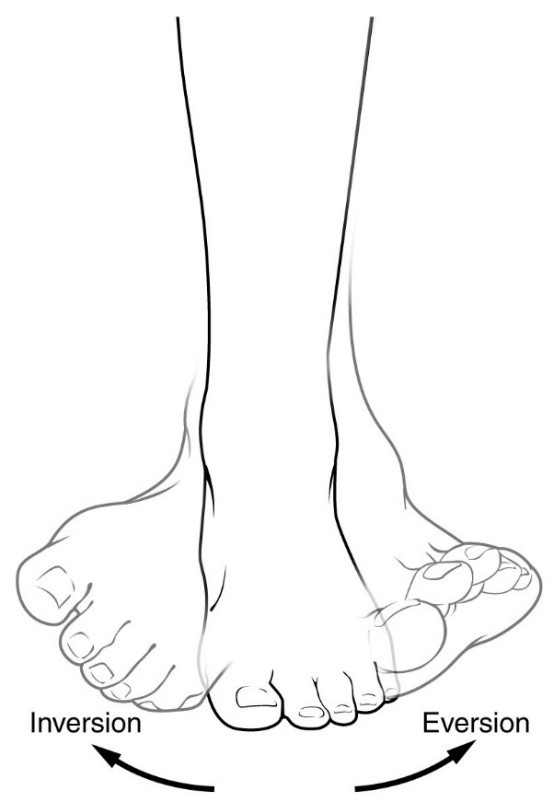