The linea alba is a fibrous structure that runs down the midline of the abdomen. It is comprised mainly of collagen connective tissue in which it was given its Latin name, meaning ‘the white line’. A connection point for most of the abdominal muscles and runs from the xiphoid process to the pubic symphysis. Know for separating the right from left rectus abdominis, also called the “6 Pack”. The linea alba is a common surgical approach for doctors they call the “median incision”. 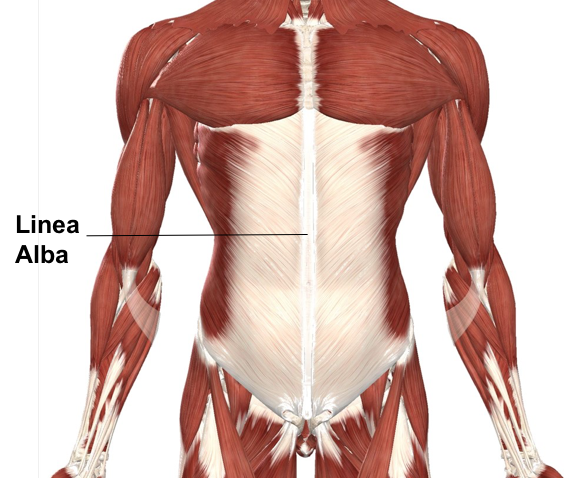 Aponeuroses are quite similar to a broad, flat tendon that look pearly white due to being comprised of connective tissue. They attach sheet-like muscles that need a wide area of attachment.  Primary functions are to join muscle to other body parts, whether that be bone or other muscle. Anterior abdominal aponeuroses are located just superficial to the rectus abdominis. It has borders for the external oblique, pectoralis muscles and the latissimus dorsi. 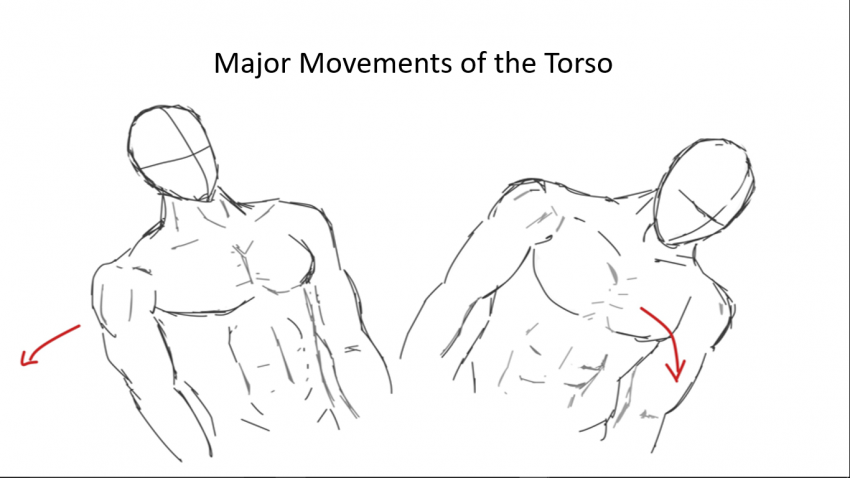 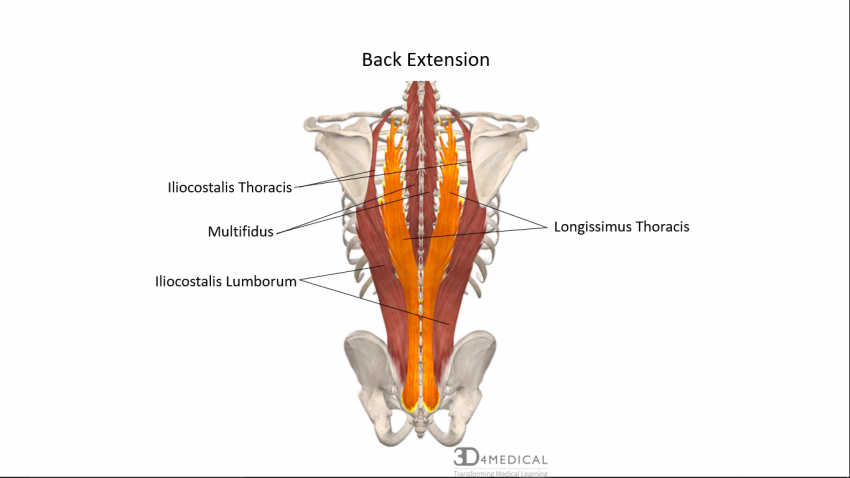 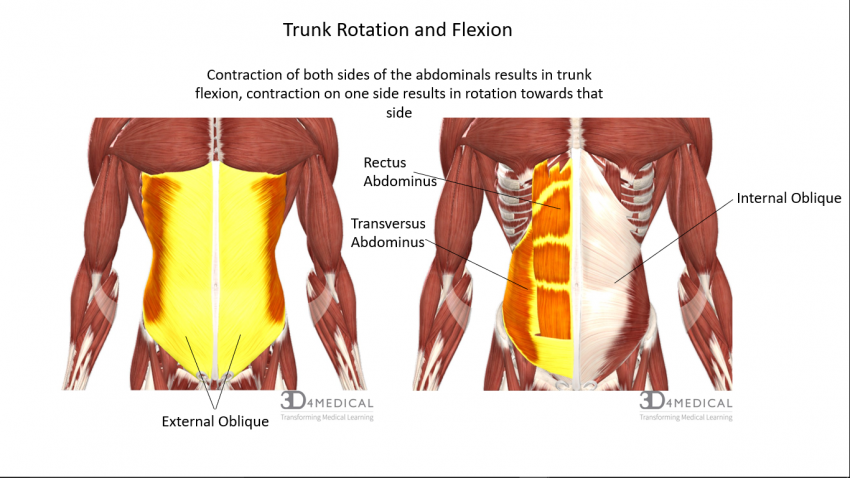 When the spinal erector group contracts simultaneously with the abdominal group on the same side it results in lateral flexion of the torso.

Some connective tissue that are found in the spine, span the full length of all vertebral regions. The intertransverse ligaments are found between the transverse processes of the vertebrae. In the lumbar region, the intertransverse ligaments blend with the intertransverse muscle tissue. The ligamenta flavum is found between the laminae of all adjacent vertebrae.  This ligament can be found starting in the axis (C1) and ending at the sacrum. These fibers found in the ligament have a high degree of elasticity to prevent the spinal canal from buckling during extension. The lumbar region has the thickest region of ligamenta flavum out of all spinal regions. The interspinous ligaments, also referred to as the interspinal ligaments, connect each vertebrae by each spinous process. The lumbar region has the thickest interspinous ligaments. The supraspinous ligament, also referred to as the supraspinal ligament, joins the tips of the spinous processes.  This ligament spans from the seventh cervical vertebrae to the sacrum. It continues between the spinous processes with the interspinous ligament. This ligament helps to limit flexion of the spine.