The femur is the longest and strongest bone in the body. Located in the thigh, it is classified as a long bone and acts as an important site for the origin and insertions of many muscles and ligaments. The main function of the femur is to support the weight of the body and transmit forces from the tibia to the hip joint. It is divided into three major areas (proximal to distal): the femoral head, the shaft, and the condyles. At its proximal end, the femur articulates with pelvis creating the hip joint, and distally with the tibia of the leg to form the knee joint.

The femoral head is a smoothly rounded epiphysis, with the exception for the small central depression called the fovea capitis. It is an important ligament attachment site from the acetabulum to form the hip joint and hold the femur securely in place. Below the femoral head, is the neck which is a narrow, slender connection between the epiphysis and diaphysis. Adjacent to the neck is the superior greater trochanter and the inferior lesser trochanter projecting laterally. Both are sites were ligaments attach.

The shaft (diaphysis) descends in a slight medial direction. This brings the knees closer to the body’s center of gravity, increasing stability. Along the central posterior shaft is the linea aspera, a rough ridge that marks the attachment site of the hamstrings. Proximally, the linea aspera is formed by the pectineal line along the medial border and the gluteal tuberosity from the lateral border. Distally, the linea aspera splits into the medial and lateral supracondylar ridges that create the medial and lateral epicondyles and forms the floor of the popliteal fossa.

Figure 2. Diagram demonstrating the posterior view of the origin (red) and insertion (blue) landmarks on the femur.

The knee is comprised of three bones, the femur, patella, and tibia. As mentioned previously, the knee is the most weight-bearing joint in the human body making it highly susceptible to injury.
The patella, also known as the kneecap,  is a flat triangular sesamoid bone that forms within the quadriceps femoris tendon. The patella has an inferior apex, connected by the patella ligament; a broad superior base; a rough convex anterior surface; and two posterior facets for articulation with the condyles of the femur.  In terms of position, the patella sits anteriorly to the tibiofemoral joint to reduce friction between the bones and muscles that cross the knee. As flexion and extension at the knee occur the patella moves along the patellofemoral groove to protect any surfaces from rubbing. 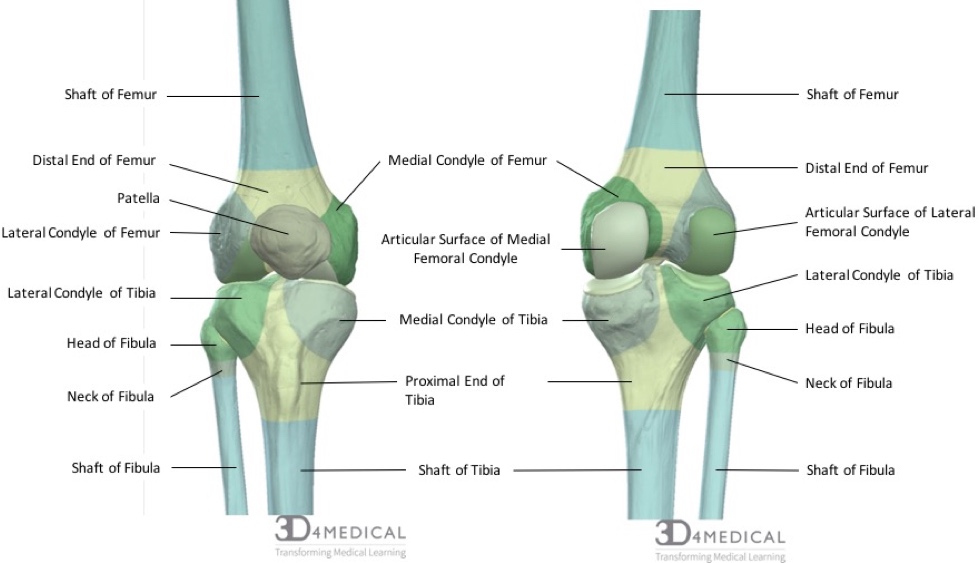 Figure 3. Diagram demonstrating the anterior (right) and posterior (left) bony landmarks and features of the femur, patella, tibia and fibula. 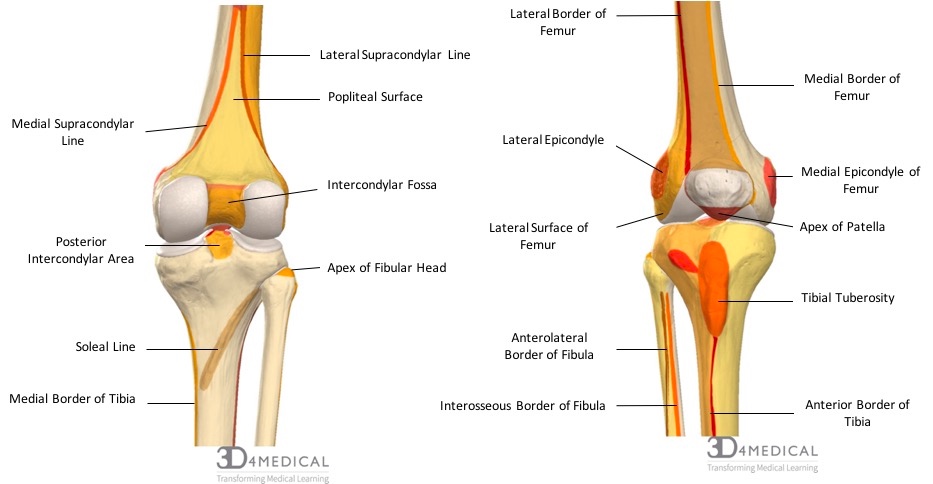 Figure 4. Diagram demonstrating the anterior (right) and posterior (left) muscle origins (red) and insertion (blue) of muscles along the femur, tibia and fibula.

The tibia, known as the shinbone,  sits medially and is the strongest and largest of the leg bones. The tibias role is to support the weight from the knee to the ankle. Inbetween the medial and lateral condyles, is the intercondylar eminence which is an important attachment site for knee cruciate ligaments. Right below the condyles on the anterior surface is the tibial tuberosity, a palpable rough patch where the patellar ligament attaches. Beginning from the tibial tuberosity and continuing down the shaft is the anterior margin, which is also easily palpable through the skin. Distally there is a triangular shaped protrusion known as the medial malleolus, which is given its name because of its resemblance of a hammer. This protrusion connects to the talus which forms and lends stability to the medial aspect of the ankle joint.

The fibula, known as the calf bone, is the thinner and slender lateral bone of the leg. Proximally, the fibular head articulates with the lateral tibial condyle and is attached at the shaft by the interosseous membrane. Distal and inferiorly is the bony landmark lateral malleolus that provides lateral support for the ankle. Overall, the fibular plays an important role in stabilizing the ankle and is an important site for muscle attachments that move the foot. It, however, does not transfer or bear any weight from the knee to the ankle and is mainly a support for the tibia.

The ankle is made up of the distal ends of the tibia and fibula; specifically the medial and lateral malleolus. The lateral portion of the distal tibia has a facet that articulates with the medial side of the talus. 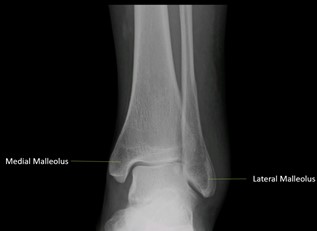 Figure 5. Diagram demonstrating an x-ray image of the medial and lateral malleolus of the ankle joint. 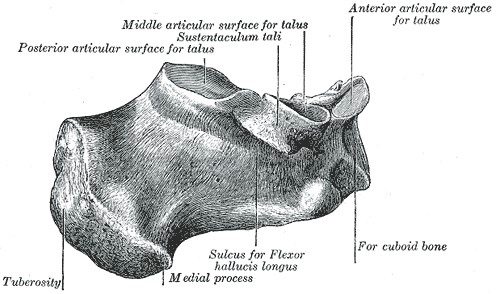