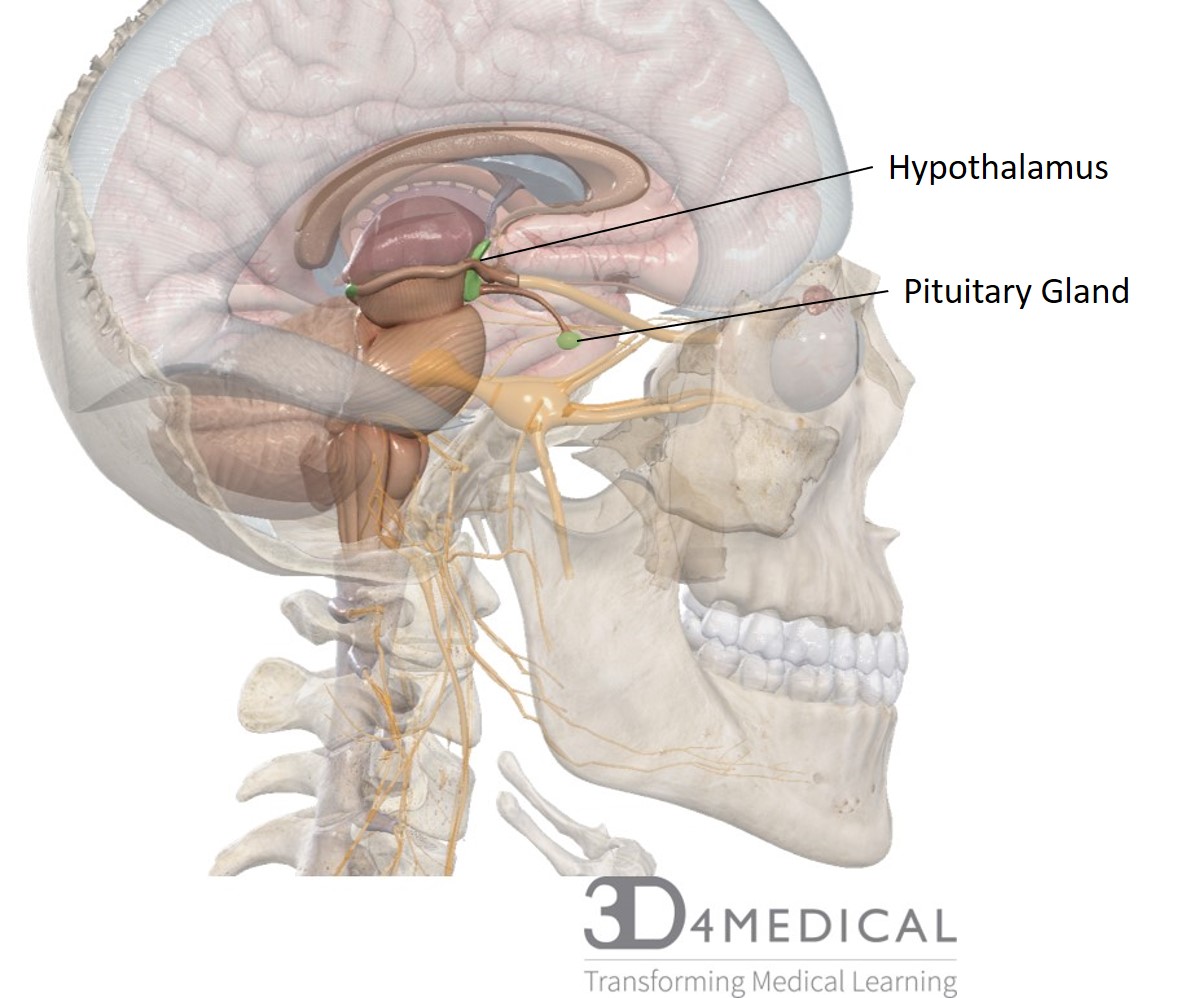 The posterior lobe is made up of mostly neural tissues and is part of the diencephalon. The Diencephalon contains the thalamus, hypothalamus, and the posterior pituitary. The posterior lobe, or the neurohypophysis, contains the axon terminals of the hypothalamic neurons. This thereby indicates that the cell bodies are located in the hypothalamus with the axons running down the infundibulum. The two hormones are the Antidiuretic hormone and Oxytocin, these are produced in the hypothalamus and follow the neuron down to the pituitary to be released via the posterior pituitary.  Antidiuretic hormone is produced by the supraoptic nuclei and Oxytocin is produced by the paraventricular nuclei.

When the hypothalamus is affected the symptoms can be diverse and severe. An example of this is ROHHAD or rapid-onset obesity with hypothalamic dysfunction, hypoventilation, and autonomic dysregulation.   Since the hypothalamus is responsible for signaling many different hormone systems as well as autonomic systems the symptoms of ROHHAD are vast. Often diagnosed between the ages of 1.5 and 7 years of age, the first symptom is a rapid-0nset obesity which involves gaining 30 pounds in 6 to 12 months. This is a significant amount, especially for this age group. Other symptoms include the inability to maintain a normal water balance, hypothyroidism, early or late puberty, growth hormone deficiency, high prolactin levels, problems with regulating the Autonomic Nervous System, alveolar hypoventilation, behavioral problems and increased risk of certain types and tumors. As the autonomic nervous system has many responsibilities with the body, poor regulation of it can also cause inability to regulate body temperature, slow heartbeat, excessive sweating, altered pupil response to light, crossed eyes, and or intestinal abnormalities. Not all symptoms necessarily present themselves in each case of ROHHAD. Therefore treatment is often based on symptoms that show themselves.

When it comes to problems with the attributed with the pituitary, it can be hard to pinpoint whether or not it’s a problem with the hypothalamus not signaling effectively or the pituitary responding appropriately. An example of this is a problem that is associated with Acromegaly. Acromegaly is a form of gigantism where the pituitary releases an inappropriate amount of growth hormone, causing individuals to grow to be very tall and often continue to grow long past puberty when normal growth stops. There have been a few well know examples of Acromegaly like Morteza Mehrzad and Andre the Giant. Morteza Mehrzad is an Iranian Paralympic seated volleyball player, his height as of the 2016 Paralympic games is was 8 feet 1 inch. Acromegaly can cause symptoms like enlarged feet and hands and excessive height which For Mehrzad turn something that his community shunned him for into something that he is now famous for in the Paralympic sporting world. However, acromegaly often shortens the lifespan of individuals diagnosed with it. In the case of Andre the Giant, who was a well-known WWE wrestler for his acting role in the Princess Bride, died at the age of 46 due to heart failure. Heart failure is one of the possible ways Acromegaly can reduce lifespan. This is caused by the growth hormone affecting the heart to enlarge. 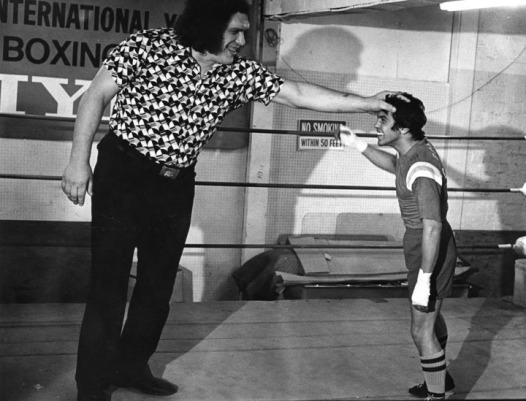