The brain is the control center of the central nervous system. It is responsible for perception, cognition, attention, memory, emotion, and action. It is divided into three parts: the cerebrum, the cerebellum, and the spinal cord. The wrinkled portion, the part you see when looking at a brain, is the cerebral cortex. A gyrus, plural – gyri, is the ridge of one of those wrinkles, and a sulcus, plural – sulci, is the groove between two gyri. The pattern of these folds of tissue indicates specific regions of the cerebral cortex.

The cerebrum is the largest part of the brain and is composed of two hemispheres: right and left. It is divided by a longitudinal fissure. They are connected by a bundle of fibers called the corpus callosum that delivers messages between the two hemispheres. It performs higher functions, such as interpreting touch, vision, and hearing, as well as speech, reasoning, emotions, learning, and fine control of movement. Each hemisphere has four lobes: the frontal, the parietal, the temporal, and the occipital, as seen above. The frontal lobe is divided into different sections itself; two major areas being Broca’s area which is responsible for the production of language and writing and the motor strip for body movement. In most people, it is located on the left side. In the parietal lobe, there is the sensory strip for the sense of touch pain and temperature. In the temporal lobe there is Wernicke’s area for understanding language.

The cerebellum is located inferiorly to the occipital lobe, is anterior to the pons, and posterior to the brain stem. In the above image, it is highlighted in blue. In Latin, it means “little brain”. It is covered in gyri and sulci like the cerebrum. It coordinates muscle movement, maintains posture, and balance. The cerebellum modifies the signals it receives from the balance system of the inner ear, sensory nerves, and the auditory and visual systems and makes the motor movement accurate and useful.

There are four ventricles in the brain. These are a series of cavities filled with cerebrospinal (CSF) fluid to protect the brain by cushioning it and supporting its weight. The CSF is produced by ependymal cells in some of the spaces by filtering of the blood. It is performed by a specialized membrane known as a choroid plexus, tufts of specialized tissue. All four ventricles are interconnected with each other. Two ventricles are deep within the cerebral hemispheres, one in each hemisphere, these are called the lateral ventricles. They extend across a large area of the brain. The anterior horns extend into the frontal lobes. They extend posteriorly into the parietal lobes and their inferior horns are in the temporal lobes. The third ventricle is between the right and left thalamus. It is connected to the two lateral ventricles by the foramen of Munro, also known as the interventricular foramen. The Aqueduct of Sylvius which is also called the cerebral aqueduct connects the third and fourth ventricles. The fourth ventricle is between the cerebellum and the brainstem. It is connected to the subarachnoid space via two lateral foramina of Luschka and by one medial foramen of Magendie, where the CSF flows into the subarachnoid space to cushion the brain. 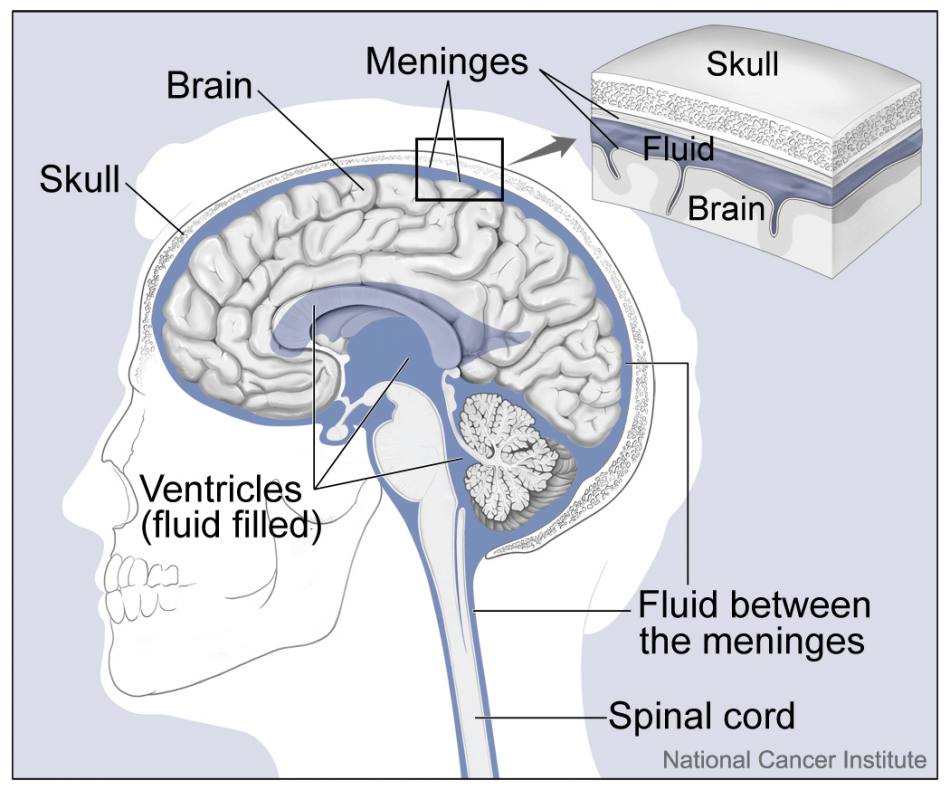 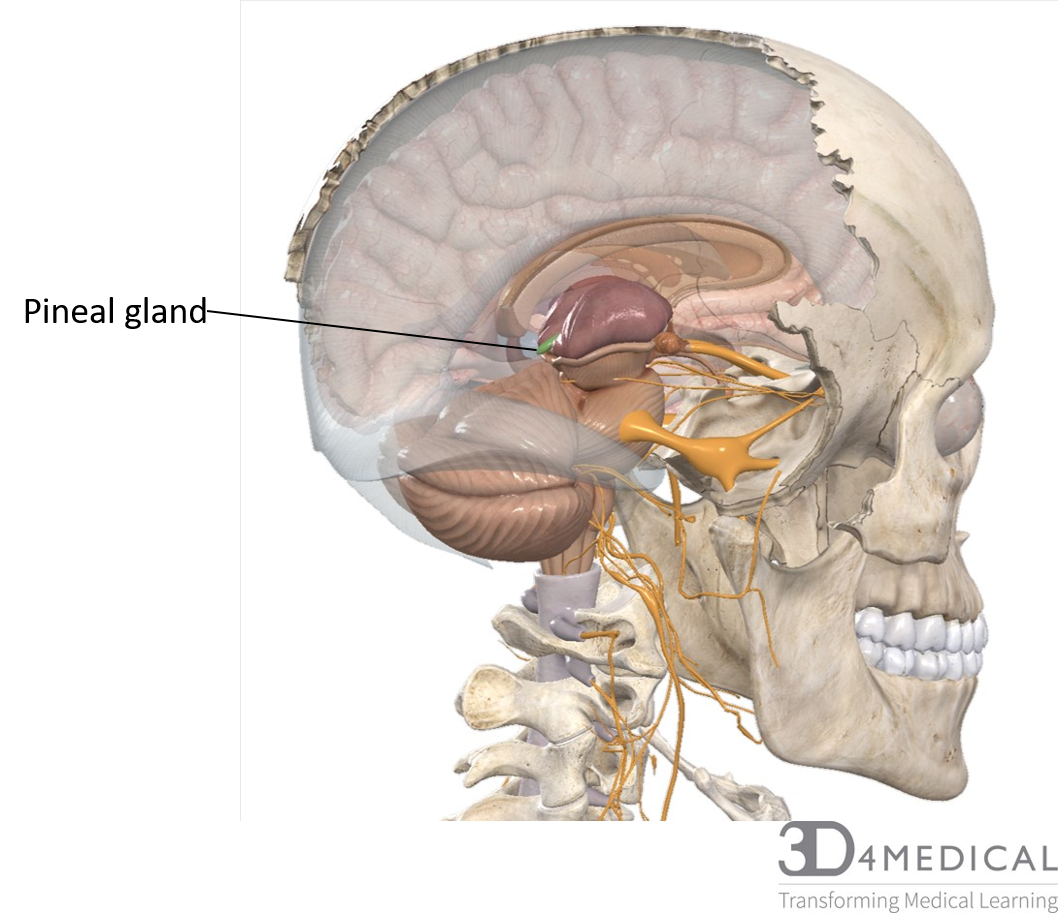 The pineal gland is part of the Epithalamus of the midbrain. It can be found on the posterior side of the epithalamus between the two lobes of the thalamus. It’s a small pea-shaped organ. The pineal gland is made up of neurons, neuroglia, and pinealocytes. Pinealocytes are specialized secretory cells which are responsible for the synthetization of the hormone melatonin from the neurotransmitter serotonin. Melatonin production is influenced by the amount of light that the visual pathways register. 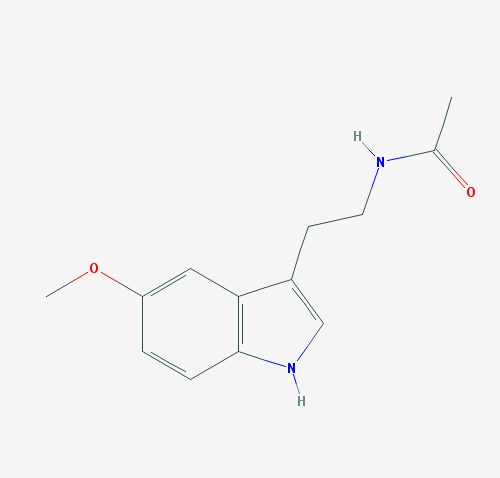 The penial gland is responsible for the secretion of Melatonin, which is a biogenic amines type hormone. Also known as amino acid derivatives means that melatonin is a relatively small molecule and are structurally related to amino acids. The amino acid that melatonin is made from is tryptophan. Melatonin production is influenced by the amount of light that is registered by the visual pathways. During the daylight hours, Melatonin is released at the lowest rate and is released at a higher rate at night. This is important when you look at one of Melatonin’s effects on the regulation of the sleep-wake cycle or the Circadian rhythm. Although in humans the sleep-wake cycle is the most understood effect of melatonin, melatonin has other effects. These include reproductive functions and protection against free radicals.

As well Melatonin plays a function in the reproductive function. In animals, melatonin can signal season changes like changes in fur, reproduction cycles, and hibernation behaviors. However, the evidence in humans about the change in behavior or in reproduction cycles is unclear. But there is evidence that during puberty melatonin levels in the blood drops and pineal tumor in young children often results in premature puberty.

The formation of free radicals is part of metabolism, as oxygen is used up by the electron transport chain charged ions on formed. These unstable ions or free radicals can cause damage to the cell components, most concernedly damage to DNA. Antioxidants are responsible for neutralizing these free radicals. As antioxidants are generally large very stable molecules there are less affected by holding a charge when compared to the small unstable free radical ions. Melatonin is considered to be a very effective antioxidant, that protects neural tissues in the Central Nervous System (CSN) from free radicals like Nitric oxide (NO) and Hydrogen peroxide (H2O2).

Light is the factor the influences that synthesis of melatonin from the pineal gland, changes in the regular exposure of light can greatly influence how much and when melatonin is released. An example that affects many people in today’s modern world is the exposure to artificial light outside of daylight hours. There have been a few studies looking at the effect of the nighttime light exposure. Although the statistical significance of the changes seen in the studies can be debated, they show the exposure to artificial light at night has led to poor sleep quality. One theory that is being explored is that melatonin is being suppressed by the light of your smartphone, tv or computer.  The suppression of melatonin is influenced by the brightness of the light and age, with evidence showing that younger individuals are more affected.

Another common condition that is affected by melatonin is Seasonal Affective Disorder (SAD). This is the opposite of the effect that artificial light at night has on sleep. As the hours of daylight and the intensity of the sun diminishes in the winter months for those that live in the higher latitudes, there is a reduction of melatonin suppression. This then means that more melatonin will be produced even during typical “daytime” hours. Although there are other suspected causes of SAD like the lack of Vitamin D due to the lack of sunlight exposure, there has been evidence shown to support the idea that this increase in melatonin can increase feelings of drowsiness, changes in mood, eating habits and sleeping patterns.

Chang K.J &et.al (2017) effect of smartphone use with and without blue light at night in healthy adults: a randomized, double blind, cross-over placebo-controlled comparison. Journal of psychiatrics research, 87, 61-70