The brain and spinal cord are covered in three protective layers of tissue called meninges. They are involved cerebral pathology as a common site of infection, meningitis, and intracranial bleeds. Starting outside going in, they are: the dura mater, arachnoid mater, and pia mater. 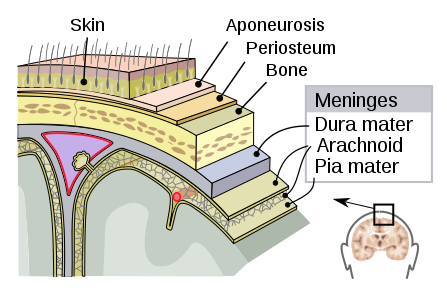 Dura mater in Latin means “hard mother” and is tough and inflexible. It is a strong, thick membrane that lines the inside of the skull. The tissue separates the cranial cavity into compartments. Three major ones are the: falx cerebri, tentorium cerebelli, and falx cerebelli. Falx cerebri separates the hemispheres of the cerebrum, the tentorium cerebelli separates the cerebrum from the cerebellum, and the falx cerebelli divides the two hemispheres of the cerebellum. Within the cranial cavity, there are two layers the endosteal layer and the meningeal layer. The endosteal layer lines the inner surface of the bones of the cranium and the meningeal layer lines the endosteal layer inside the cranial cavity; it is the only layer present in the vertebral column. The dural venous sinuses are located between these two layers. They are responsible for the venous vasculature of the cranium, draining into the internal jugular veins. The dura mater receives its own blood supply, primarily from the middle meningeal artery and vein. It is innervated by the trigeminal nerve.

The arachnoid mater is the middle layer. It is a thin, web-like membrane that covers the entire brain. The name comes from the spider-web like trabeculae between it and the pia mater. It is made of elastic connective tissue. It is avascular and has no nerve innervation. The space between the dura mater and arachnoid mater is called the subdural space. The subarachnoid space is the space between the arachnoid and pia mater. It is filled with cerebrospinal fluid which cushions the brain.

Pia mater is the inner most layer of the meninges. The name comes from the Latin for “tender mother”. The tissue hugs the surface of the brain, running down into sulci and fissures of the cerebrum. The pia mater is highly vascular with blood vessels going through it to supply the underlying neural tissue.

Nuchal Ligament: (see figure below) This ligament attaches the spinous processes of the cervical vertebrae to the nuchal line and occipital protuberance of the occipital bone. The nuchal ligament is analogous to the supraspinous ligament of the lower spine and is an important attachment site for many muscles of the neck such as trapezius, splenius and erector spinae group. 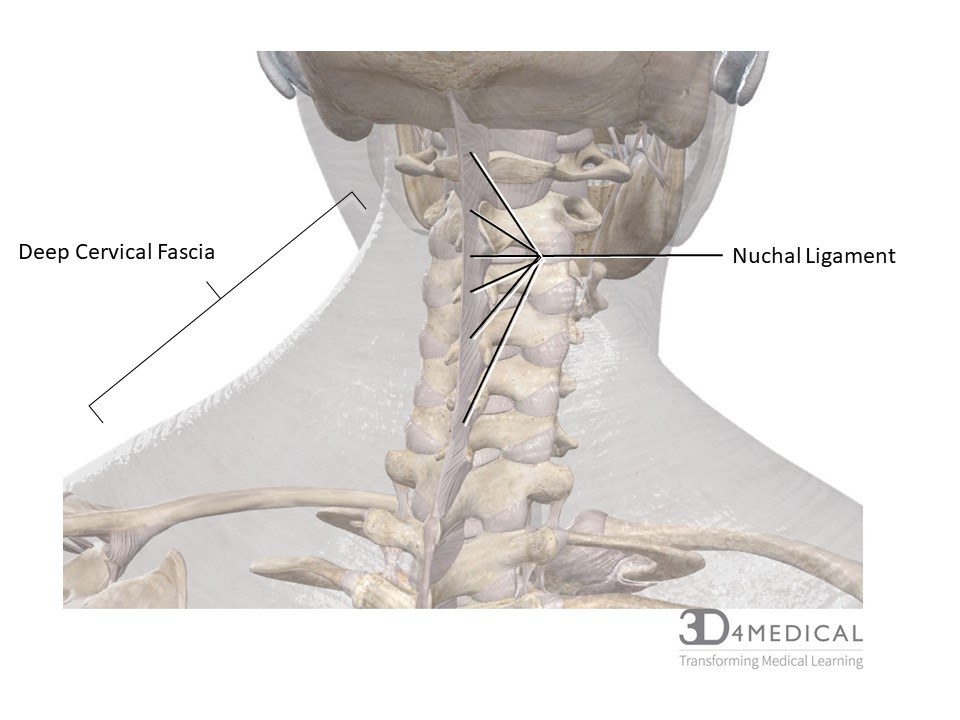 The posterior region of the neck is covered with several layers of fibrous tissue called fascia, that surround muscles, blood vessels, and nerves to support, reduce friction and create structural compartments.

Superficial Cervical Fascia (subcutaneous tissue) lies between the skin (dermis) and deep fascia. Superficial fascia allows for considerable movement of skin and is superficial to the subcutaneous lymph and blood vessels.

Deep Cervical Fascia (see Figure below) Surrounds the internal structures of the neck and creates sections within the neck to prevent spread of infection and allow for ease of movement during movement.

The deep cervical fascia has 3 layers: 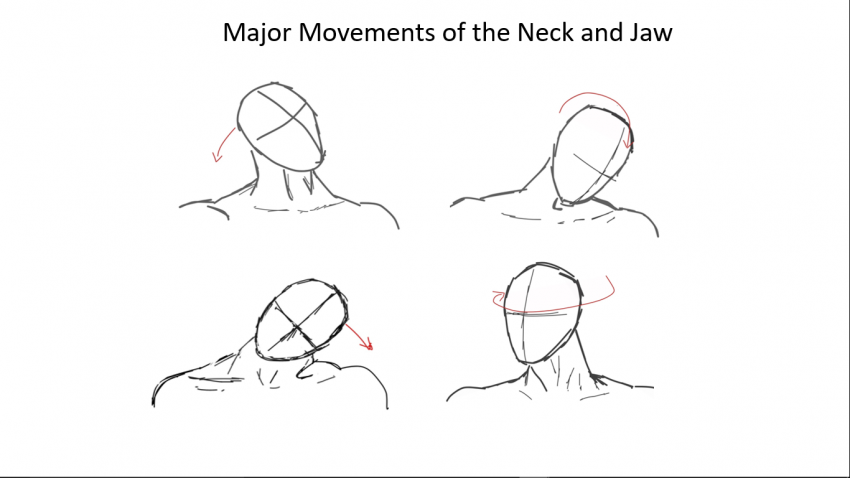 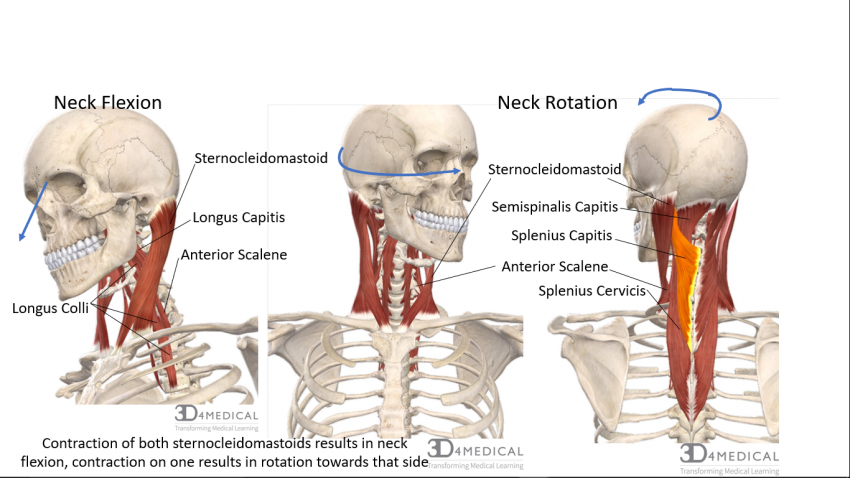 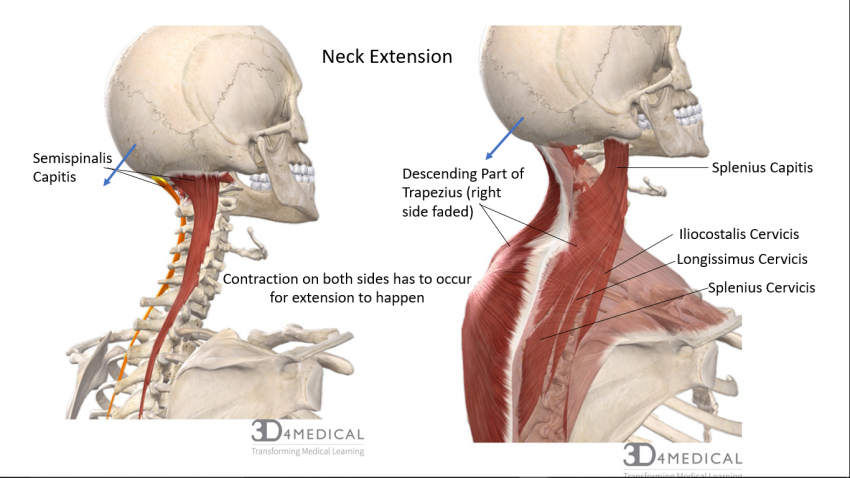 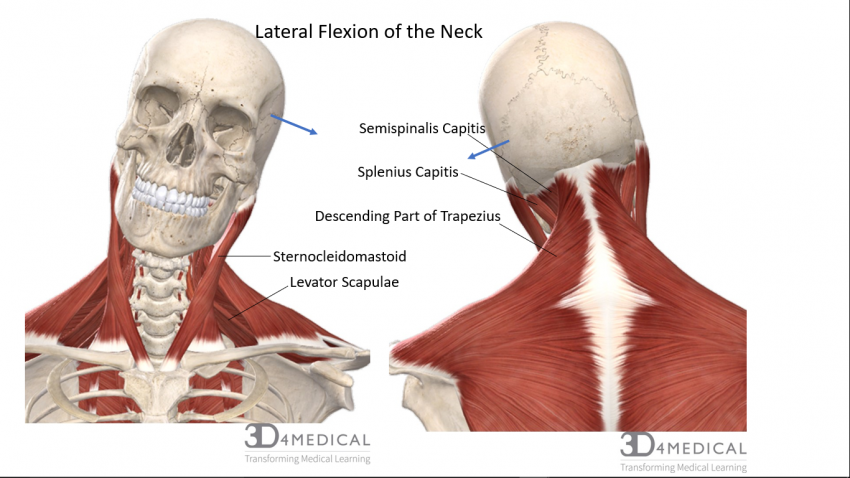 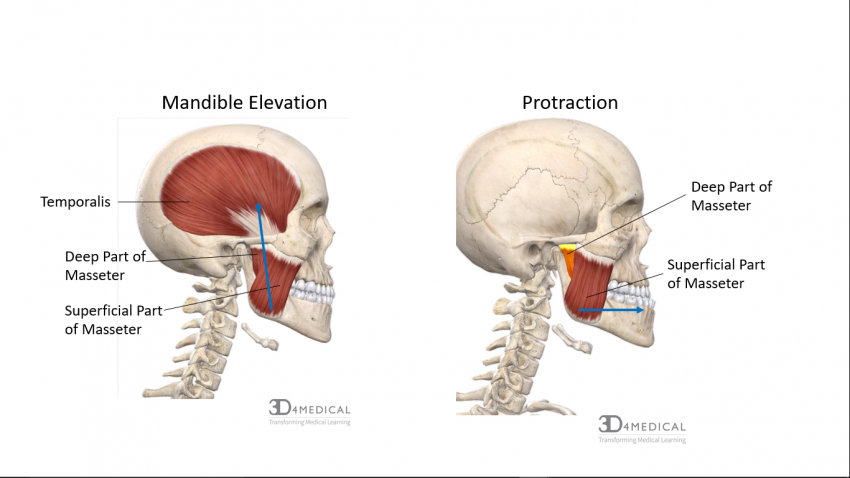 The Mandible retracts automatically and there’s no muscle that actually pulls it back after protraction. Depression of the Mandible involves some contraction of other muscles but is more complex and also assisted by gravity.